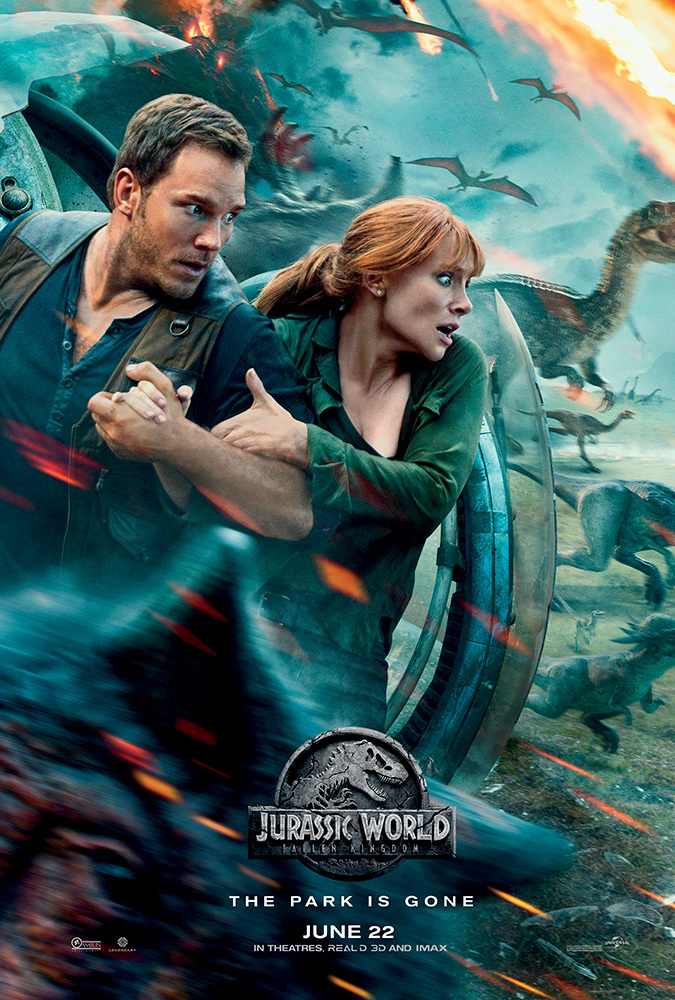 Plot: Four years after the events of Jurassic World, the dormant volcano on Isla Nubular has come back to life, threatening to wipe out all the remaining dinosaurs on the island. A team, led by Owen and Claire return, hoping to save as many creatures as possible, including Blue, the raptor Owen raised, but even as they work, a new, man-made threat arises that could upset the balance of life as we know it. -- Chris Kavan

Dull and unoriginal, "Fallen Kingdom" indicates another potential slump in the franchise.

Jurassic World: Fallen Kingdom is a weird film -- and it knows that. Director J.A. Bayona embraces the silliness of Colin Trevorrow and Derek Connolly's screenplay and delivers something wildly entertaining. It unfortunately lacks the visceral energy of the previous Jurassic films (not many memorable dino kills here), but Bayona approaches the franchise differently by bathing it in a bleak, somewhat gothic atmosphere that actually, and surprisingly, works. There's a lot of nutty material in the film and it might be difficult, as an audience member, to take that leap of faith -- however, the beautiful cinematography, Bayona's stylish directing and Michael Giacchino's epic, heart-pounding score ultimately won me over.

Now that the nostalgia factor has worn off, Fallen Kingdom returns in a more rote fashion. Much like The Lost World after Jurassic Park, Fallen Kingdom just can't capture the same magic that Jurassic World brought us, but lays the groundwork for something that could be salvaged.

Director J.A. Boyona takes over from Colin Trevorrow (who instead directed the poorly-received Book of Henry - though he will be back for Jurassic World 3) with stars Chris Pratt, Bryce Dallas Howard and BD Wong returning, along with Jeff Goldblum, in a glorified cameo, but who still gets all the best lines.

Four years have passed since the theme park was destroyed by dinosaurs gone wild, including the hybrid Indominus Rex - and a hefty payout to the survivors. Claire (Howard) now works to save the …

âThese creatures were here before us. And if we're not careful... they're going to be here after. Life cannot be contained. Life breaks free. Life... finds a way. Welcome... to Jurassic World.â

Jurassic World: Fallen Kingdom takes place three years after the events of the first movie. The left remaining dinosaurs are left on the island as a volcano erupts. As the advertisements put it, âThe park is goneâ. All of this only raises one question: Why would you put a family theme park next to an active volcano with dinosaurs?

After the monster success of âJurassic Worldâ a sequel was certain to happen and will find new ways to bring these extinct animals back onto the big screens. While I enjoyed the first movie a lot, but nowhere near as good compared to …

No posts have been made on this movie yet. Be the first to start talking about Jurassic World: Fallen Kingdom!