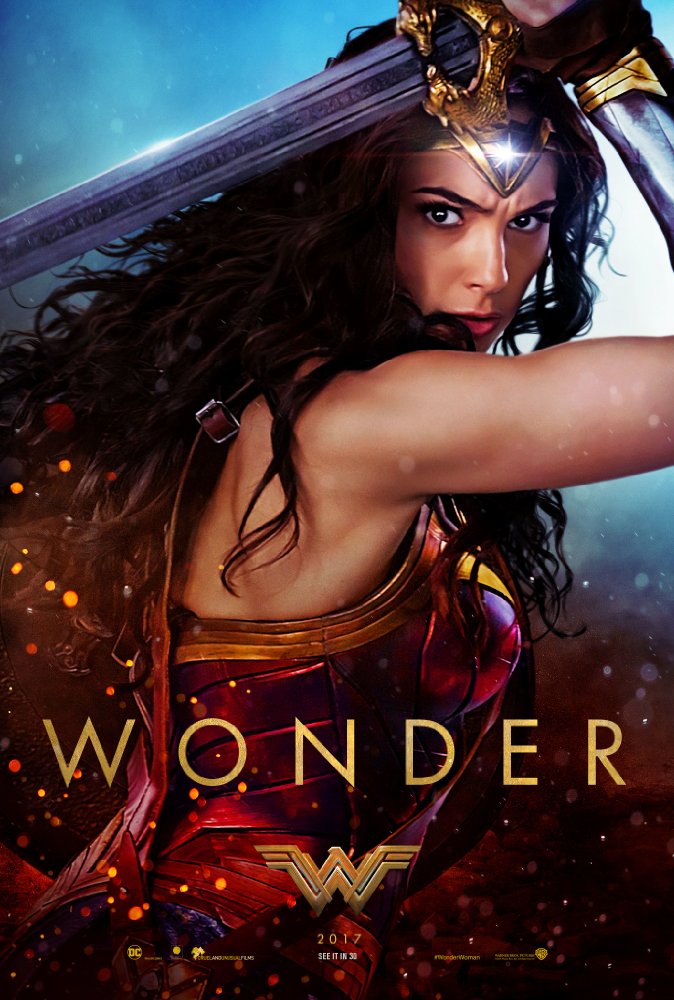 Plot: Diana, an Amazonian princess, has been raised to be the ultimate warrior. But her sheltered life on a remote island is interrupted when a pilot crash-lands on their land. Hearing of an epic battle raging across the planet, she decides to join the fight and, in doing so, becomes a true hero and embraces her destiny. -- Chris Kavan

While it plays a familiar tune, not since Richard Donner's "Superman" has a hero's ideals been as celebrated as they are in "Wonder Woman."

This movie proves that you really can elevate comic book movies to greatness.

I loved the beginning, but after the whole spy dude came into the picture, it went downhill from there. It's not as good as it was boosted up. I didn't like how they had Wonder Woman like Captain America and that she was so clueless always asking dumb questions.

Thus far the "DCU" has been a pale shadow of its Marvel counterpart. In Wonder Woman they have at last found a formula that can at least challenge that supremacy thanks to its well balanced combination of action and likeable characters. Gal Gadot in particular is a charismatic protagonist and the work of Patty Jenkins behind the camera tempers any overt attempt at sexualisation and finds time for some amusing gender-based social observation and "innocent abroad" based humour. In fact it is her very vulnerability that makes the film work and when it inevitably descends into an overblown CGI smackdown during which she displays god-like powers - despite immediately following a twist that actually would have worked much better without it - the plot becomes becomes far less convincing. But …

number 1 of the summer for a reason

I'm actually quite surprised by this, but glad at the same time. DC didn't have such a great start with it's previous installments and while I'm still anxious about the next upcoming films, I can safely say that "Wonder Woman" is the first decent film in the DC Universe.

The two stand outs of the film are Gal Gadot and Chris Pine. Both the chemistry and the performances were all solid. You love seeing them together and hate to see something bad come between them, which always ends tragically. I wasn't a huge fan of Gal Gadot performance and character in "Batman V Superman", as it didn't fit in the already crowed movie and isn't in the best hands. Here it's better in terms of direction.

"Wonder Woman" is a massive improvement and am very happy DC …

Absolutely loved this, and stoked PJ is back. Just added the Manta Lab and will add HDzeta limited edition sets to my collection, plus others. Have way too many, LOL.

Gadot was a great casting choice. I'm psyched for WW. Curious to see if it doesn't suffer from the bloat and zig zaggery that plagued the last two DC flicks.

I'm dubious after Suicide Squad (which also looked good early on in trailers) that turned out mediocre at best. Still, at least DC has the balls to release a solo super-heroine film (granted, Marvel has, uh, Captain Marvel, but that is a few years away - and they dropped the ball on Black Widow IMO).As far as I'm concerned, DC can only go up, and the trailers have been really good - they need a really solid film to shore up the brooding Man of Steel and overall disappointing Batman v. &hellip;