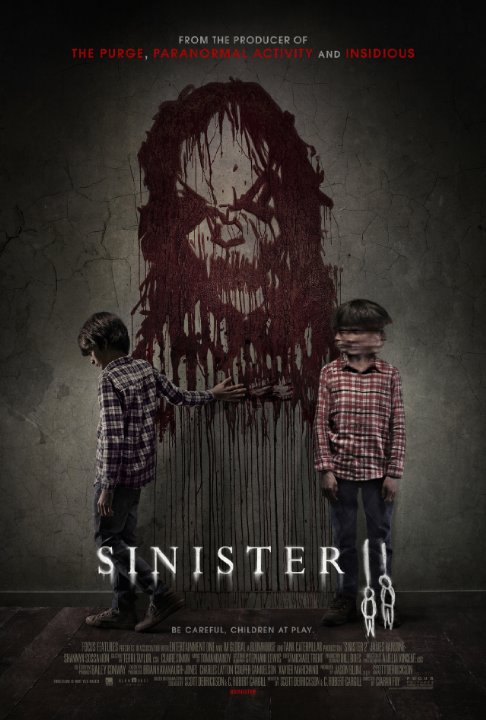 Plot: Following the events in Sinister, a protective mother and her twin sons move to a rural house only to find themselves the target of the terrifying spirit of Bughuul, who feeds on the souls of children and whose influence is only growing in power. -- Chris Kavan

The original Sinister was an effective horror film - teasing you about the true nature of the films and the demon with a good story and interesting characters. The sequel has almost none of that, with the exception of the returning James Ransone (as the deputy still without a name) and Shannyn Sossamon. The tapes don't serve a purpose and most of the scares are the cheap jump variety. The creepiness is gone, the kids are annoying and it squanders the premise the original put forth.

Just seen Sinister 2 and wow it was a giant piece of shit. All the kid actors sucked, the writing was dank, and it was very disappointing. I originally wasn't going to review this movie, because I think this review is late enough and I didn't want to talk about it since I'm working on other things that I have full interest in, but then I notice very quickly that those in depth reviews many take awhile to be finished and I always want to keep updated on Letterboxd. Right now I'm writing up another review that I want to talk about and that's the 2005 film called "CachÃ© (Hidden)". I've been writing that review for almost six days now and it will up sometime this week.

I am a fan of 'Sinister'. I was surprised by how effectively scary I found it to be. The complete exact opposite can be said for this terrible sequel. I knew it wouldn't be good, but DAMN did it suck. Our returning boogeyman 'Bughuul' feels like less of a presence. The mystery surrounding the entity was found out by the end of the first film. Here, there is no new mystery or any added mythology. Certain side characters only exist to give exposition about what we already know. The bulk of the movie is focused on a new family whom we must watch go through the same events, only this time the drama surrounding their home life is agonizingly boring. A woman and her sons have run away from the abusive father. I cared not at all for their struggles. It's handled so piss-poorly. The …

No posts have been made on this movie yet. Be the first to start talking about Sinister 2!