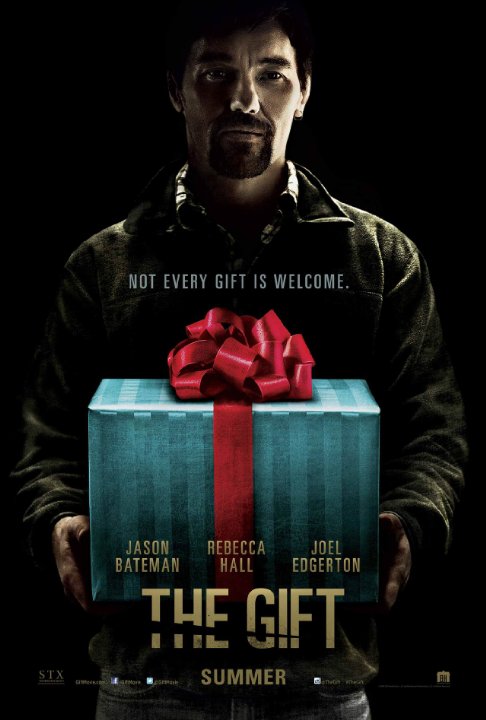 Plot: A man and his wife looking to reinvigorate their relationship find their lives derailed when an old friend from school re-enters their lives and dredges up dangerous secrets from the past. -- Chris Kavan

Unpredictable and paranoid, "The Gift" stands out amongst most thrillers that follow its formula.

Joel Edgerton scores a home run with not only a great performance but also turning out to be both a great screenwriter, and a great director. The Gift is a wickedly suspenseful and darkly comical thriller that also features good performances from Jason Bateman in a dramatic turn and the still underappreciated Rebecca Hall.

This is Joel Edgerton first directed movie and it sure was an impressive one, as from start till finished the movie kept me guessing. The best thing to describe "The Gift" is that it's unpredictable and it's not a cliche that trailer advert it to be. It's absolutely worth checking out.

The Gift, written and directed by Joel Edgerton, shines in a particular way no movie has made me feel since David Fincherâs Gone Girl. This movie grips you right from the start, with a married couple being stalked by a strange man named Gordo in the form of giving gifts. What this movie succeeds at are a lot of things, but the most important aspect of success in the film is the fact that it lets you be the detective. Throughout this entire movie you may find yourself going back and forth on who to root for, which is true mystery right there.

There are pretty much three characters in this movie, and to our fortune, all three roles are acted perfectly. Jason Bateman nails it along with Rebecca Hall, and Joel Edgerton as Gordo. The film touches on themes like...well I am not going to …

The Gift is the rare film that not only keeps you on your toes, but does so in a way that is both clever and unnerving. Joel Edgerton's directorial debut gives me high hopes for his future behind the camera. Plus, he proves that Jason Bateman can play manipulative and scary just as well as he can play the funny guy.

We open with Simon (Bateman) and his wife, Robyn (Rebecca Hall) in the process of moving from Chicago to California. Simon is in line for a new job and Robyn is trying to find stability after losing a baby. Soon after, while shopping, they run into Gordon "Gordo" Mosely - who Simon went to school with. After finally realizing who he is, they chat up a little and head back home. Soon enough, Gordo is leaving them gifts and stopping by unannounced. Though Robyn finds him a …

No posts have been made on this movie yet. Be the first to start talking about The Gift!