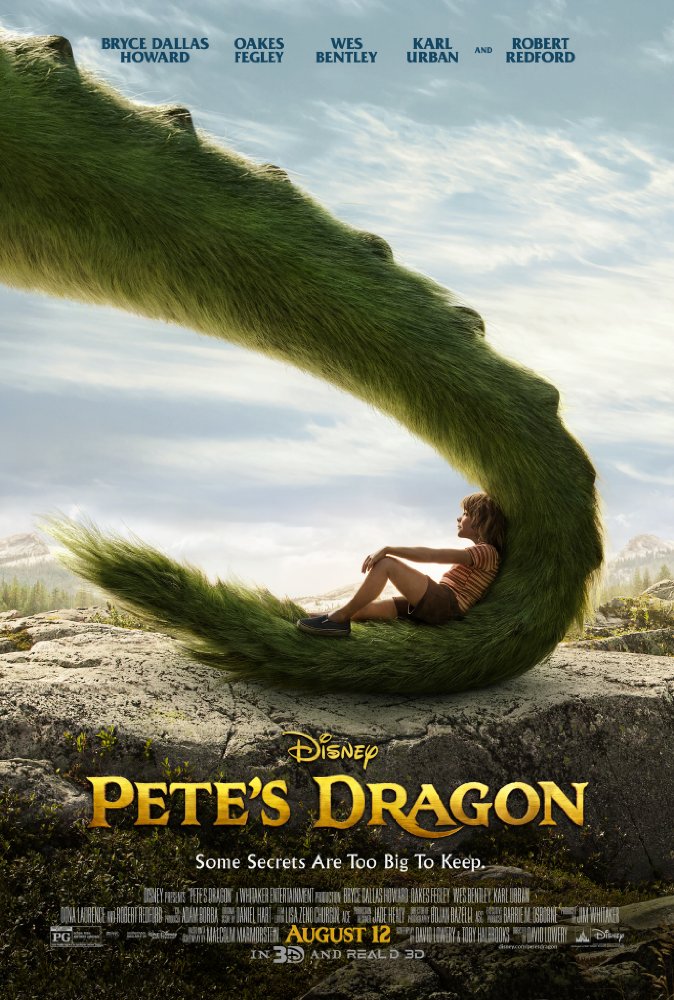 The new "Pete's Dragon" tries to explore too many ideas, including environmentalism, faith, family, and friendship, none of which help bring attention to the mythical creature in the movie's title.

"You know, when I was a little girlâ¦I wanted to live in the forest more than anything. I love being out there. It was so fun, with the squirrels and the birds and the treesâ¦ So, when I grew up, I made it my job to protect the woods, and everything in them. Which I supposed includes you."

I've just written down my opinion about "Beauty and the beast" and I realized that I've been watching "Pete's dragon" a couple of times already, along with my 7 year old daughter, without telling anything about it. Some catching up to do I guess. Let me just pull a short and powerful piece of opinion out of the hat. As I mentioned before, I always appreciate a live-action rendition of a Disney cartoon. Now, the 1977 version was actually already a sort of a mixture of an ordinary movie and pieces …

Watch the original instead. Skip this.

Disney has decided to remake a lot of their older movies. As a business, it's to make a quick buck. I understand that. Sometimes they make a good movie like Cinderella or a great movie like The Jungle Book. Sometimes they make not merely a bad movie but a boring one as well. The 2016 remake of PETE'S DRAGON is that movie.
Some might say the original 1977 film was bad in of itself. It's true that it hasn't aged well but it has a ktischy campiness that's enjoyable and its sincerity was endearing. I admit I have a soft spot for it.
The remake on the other hand aims for a modernization of the story which makes it little more than a low rent remake of not the original but rather ET: THE EXTRA-TERRESTRIAL. And a cheap looking one at that. Shot in what looks like the same town as the …

A Boy and His Dragon

'Pete's Dragon' is the best live-action Disney remake by a large margin. What this iteration does best is that it takes the concept of a boy having a green colored pet dragon and spins an entirely different story all-together. The similarities between this update and the original begin and end with a boy and a dragon. And, in all honesty, I believe this to be the superior film. It seems just a tiny bit unfair to make that claim, seeing as how they are different in almost every way, but I'm going with it. 'Pete's Dragon' (2016) is essentially your typical 'boy and his dog' story. The companionship is felt between the two at all times. It's established early on the first scenes with use of very little dialogue. Their interactions feel natural, like how a boy and his pet would act …

No posts have been made on this movie yet. Be the first to start talking about Pete's Dragon!