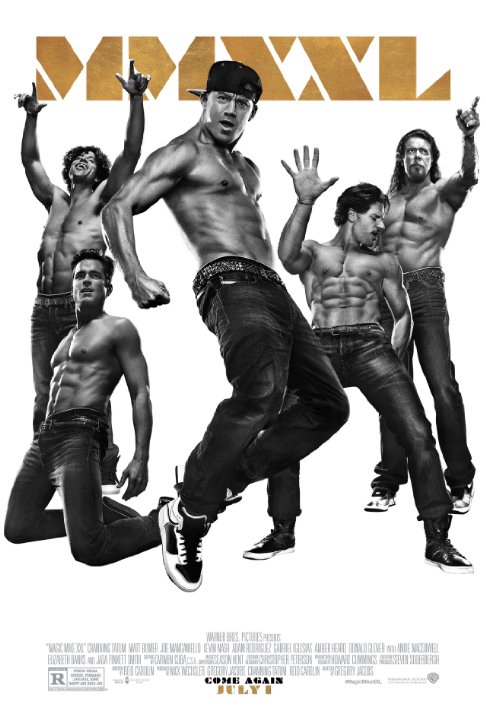 Plot: Three years ago Magic Mike quit the stripping world at the top of his game. Now, the remaining Kings of Tampa, finding themselves fading, decide to go on one, last blowout to Myrtle Beach, but realize they need the talent of Magic Mike to put their best... face forward. Thus an epic road trip begins. -- Chris Kavan

A sequel that doesn't feel all too necessary given how the first one ended. The story isn't as good this time around. However, it seems that wasn't the intent from the beginning. We get a loose plot involving a road trip between friends that culminates in a big finale showstopper. So what do they do to fill up the time? Have random fun encounters, of course. The new filmmakers at the helm have decided to double down on the comedy and dancing from the first 'Magic Mike' and leave everything else by the wayside. Seeing as how I enjoyed those strong aspects on the previous go-round, I enjoyed them just as much again. It all works to an entertaining advantage thanks to the naturally subdued comroadarie between the male leads. These areas it excels at are consistent with what we've …

No posts have been made on this movie yet. Be the first to start talking about Magic Mike XXL!