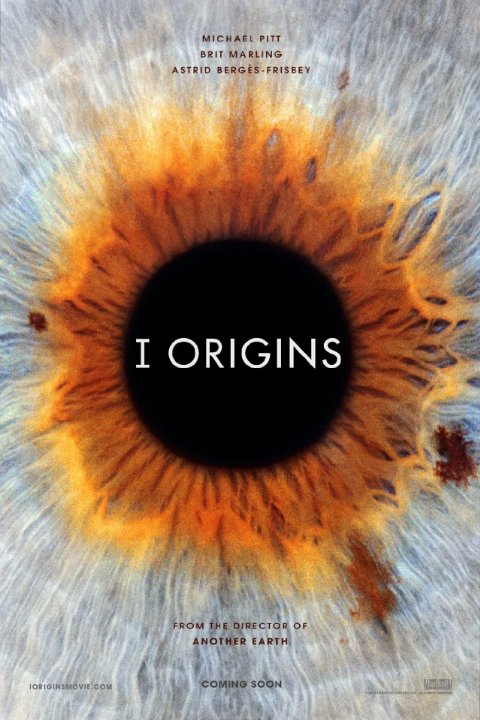 Plot: A PhD student studying the evolution of the human eye stumbles upon a secret that will have far-reaching implications in both the scientific and religious communities. -- Chris Kavan

Director Mike Cahill's 'I Origins' is similar to his previous film collaboration with Brit Marling, 'Another Earth'. Both are deeply emotional dramas with an intriguing sic-fi element. Here, I feel that the two aspects compliment each other even greater. The science feels realistically grounded, yet still a bit fantastical when new discoveries are made in the latter half. The spiritual vs science debate perfectly blends into the character's ideals and intimate relationships. The result is moving and profound, with both emotion and beliefs playing an equally heavy hand in the finale. It's a marvelous tiny revelation that proves to be the most thought-provoking issue of any film I've seen this year.

âYou ever feel like when you met someone, they fill this hole inside of you,
and then when they're gone... you feel that space painfully vacant?â

There are some movies that browbeat you and after seeing it, you keep pondering over it. Not because of the excellent computer manipulated images, the brilliant acting of one of the main characters or because of the story ingeniously stuffed with strange twists and surprising revelations. But just because of the concept and the deeper meaning behind the story. And the latter definitely counts for "I Origins" where the thin boundary between science and the religion is questioned. In hindsight I thought the title of this film is exceptionally and cleverly made up. If you look at the literal meaning of it, you'll find out that it reflects …

No posts have been made on this movie yet. Be the first to start talking about I Origins!