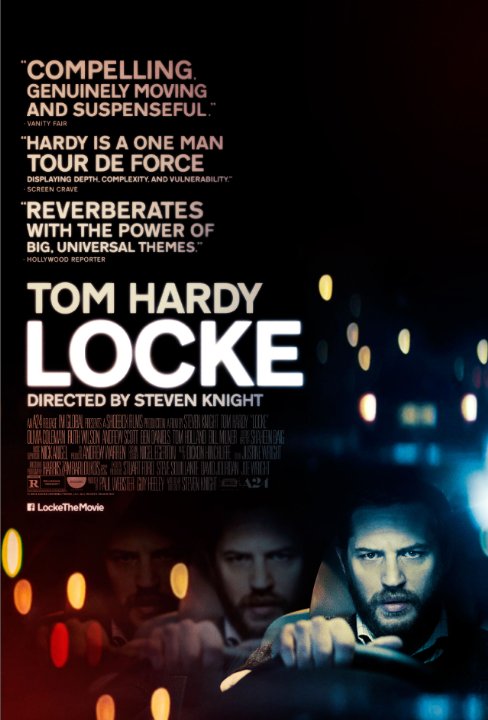 Plot: Ivan Locke is a building site manager who has spent the last nine years building up his life. But in one 90-minute drive, on the eve of the biggest contract of his life, we watch as his carefully built life crumbles down around him. -- Chris Kavan

0700900975 see I remember the number! I do appreciate films which features only one actor. Even with the minimal setting, this film isn't boring and still have a substance.

I like the minimalist approach to this film. The self-contained nature creates an involving dilemma. It's bolstered by strong believability in the setting, dialogue, and Hardy's performance. Competent filmmaking.

Avoid at all costs is my view of this movie. its about a guy in a car driving and talking for hours thats it. no other scenes nothing There is arty movies then there is just pretentious bores who make drivel and this is the latter. sorry but watching a guy drive and talk for 2 hours isn't fun. after 10 minutes you wish he would crash after 30 you hope he runs out of gas after 2 hours you want to get in your own car and drive of a cliff. so boring

An engineer makes the decision to "do the right thing" and be there with a woman with whom he had a one night stand while she gives birth to their child, with the possible result of losing everything in his life he has worked so hard to build. Despite a carefully edited trailer and somewhat misleading marketing, Locke is not a thriller; it's an emotional drama revolving around a single motorway journey that leads the protagonist away from the life he knew and into the unknown. The entire film is set within the confines of this single automobile and the drama unfolds through a stream of telephone calls as Locke tries to juggle the impact of this news on his family, the emotionally fragile mother-to-be and his work. Through these conversations we discover who this man is and the past …

One would think that watching a guy drive down a freeway for eight-five minutes would get boring fast, but Locke is a thriller that keeps you on the edge of your seat, and uses itâs limiting claustrophobic setting to its advantage.

The movie is almost completely a one man show by Tom Hardy. Without his strong leading performance this movie would be total crap. He character is strong and confident in the face of emotionally charged events, and does what he thinks is right despite what everyone around him says. Tom Hardy inhabits his character perfectly.

Of course it wouldnât matter how well acted this strange movie was if it wasnât for the writing and direction, and theyâre both spot on here. Locke as a character is fully realized, the movie is totally bent on this one …

Top 25 Films of 2014 by CarnivorousCouch

No posts have been made on this movie yet. Be the first to start talking about Locke!