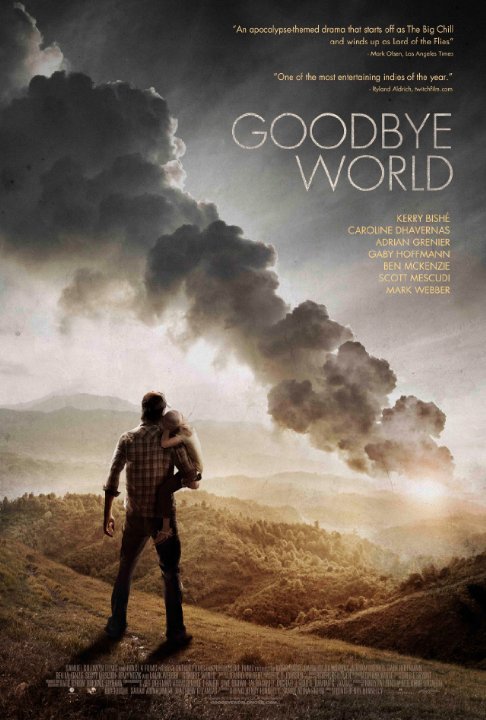 after a virus knocks out americas communication and other networks the country goes into a panic/ doomsday mode. a group of friends who haven't seen eachother for years meet up at one of their houses that is in the middle of nowhere and semi safe from the trouble. This is just a drama movie about the friends and their relationships with eachother, lots of talking with little else. then it ends making you think why did i sit through all of that. a waste of life watching it to be honest. the acting was good and i liked the dynamics with some of the characters. but its wasted as there's nothing else to the film and becomes a total waste of time watching it.

Seems there is an apocalypse

If I ever have to go through an apocalypse during my brief existence here on earth, I hope it's one that takes the form as shown here in "Goodbye World". The apocalypse, which was triggered by a rapidly spreading virus in a text message, looks pretty harmless. A few fragments of a panicking and rebellious population. Actually these are images that we get to see everyday in the media. In the distance you can see a huge cloud of smoke. Then two lost soldiers show up who supposedly want to set up a base camp and there is a commune in the vicinity who claim the right to get some medicines. It's rather the relationships between the key players that are apocalyptic. It looks like this movie is the final year assignment from "The Philosophers" , applied in practice.

No posts have been made on this movie yet. Be the first to start talking about Goodbye World !