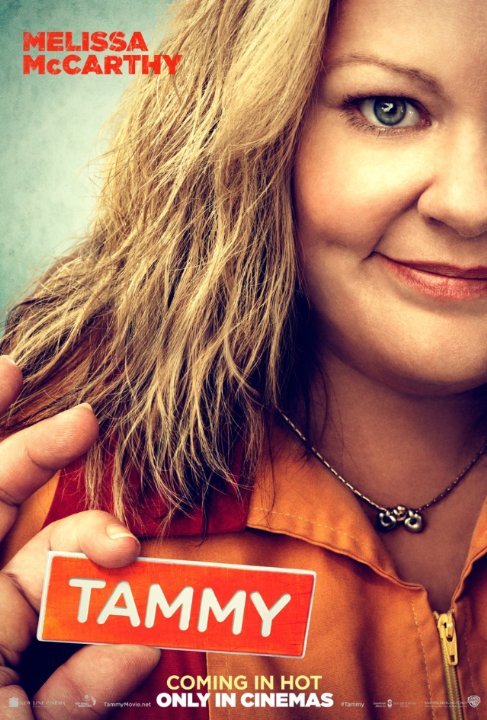 Plot: A woman suffers a one-two punch to her life when she winds up losing her job and learning her husband has been sleeping around. Needing to get away, she goes on a road trip with her boozing, foul-mouthed grandmother. -- Chris Kavan

We repeatedly supposed to empathize with Tammy, but her movie gives us few reasons to do so.

Melissa McCarthy needs to pick different roles in the future because this is getting old. The movie is about a woman suffers a one-two punch to her life when she winds up losing her job and learning her husband has been sleeping around. Needing to get away, she goes on a road trip with her boozing, foul-mouthed grandmother. This movie lacks on jokes and characters, because the main character of the film (Tammy) is a bit unlikable and shes kind of a bitch to be honest. the only good thing in the movie is Kathy Bates and that's it, I didn't laugh once during this movie and this might be the most lazy comedy of the year.

A woman crashed her car into a deer. loses her job then finds out her husband is cheating with the neighbour so she leaves on the open road with her wild grandmother. where a few little thinsg happen along the way.
The main problem with this comedy is the character is very annoying. it tries to be funny but only comes of really awkward and annoying.
There's really not much to this film the characters come across as very dim witted and awkward. like much of the scenes int he movie. at least it tries to be funny in places unlike a lot of movies that have the comedy tag. but it lacks being original and most importantly being funny without seeiming like its a actors class with that awkward feel to every scene. it just doesn't gel or go anywhere
when its over you ask yourself what …

Melissa McCarthy has made me laugh a ton in the few films she's done thus far. I thought 'Tammy' had the potential for hilarity, because she is a co-writer. Sadly, this is a colossal disappointment. I was shocked at the absolute lack of any funny jokes. I didn't give a single full-on solid laugh. What's worse is that the story is ill-conceived and unimportant. It essentially becomes a long stretch of scenes that resemble a mundane narrative, but give us no reason to want to watch any of the characters. This makes the later forcibly 'sad' moments a total groan. I was engulfed with boredom for almost the entire endeavor. The deliberately slow pace did not help matters. An hour and a half movie should not feel like two, or longer. There's nothing worth going into detail over this …

No posts have been made on this movie yet. Be the first to start talking about Tammy!