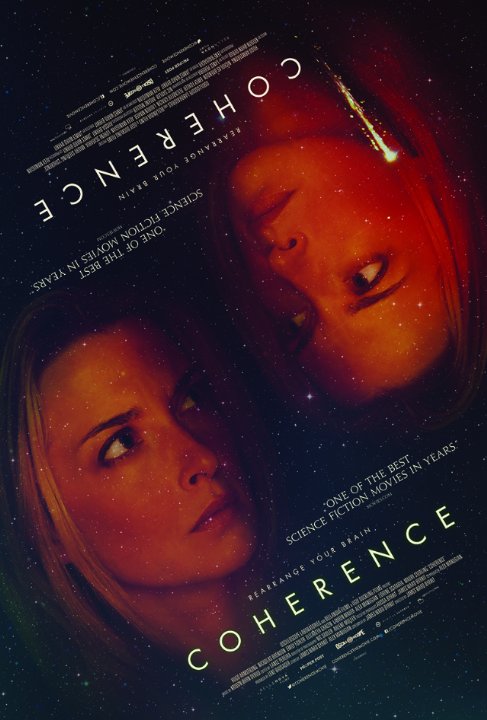 Plot: A group of eight friends at a dinner party must deal with the aftermath of a cosmic anomaly when a comet passes overhead. -- Chris Kavan

Great low-budget effort (where most of the dialogue was made up on the fly) that explores one of my favorite themes of the so-called infinite worlds theory. An innocuous dinner party during a celestial event turns into a question of quantum physics and alternate worlds - and stars that one guy from Buffy the Vampire Slayer whose been arrested like a dozen times now. In any case, a fun trip in bite-sized indie sci-fi affair.

No posts have been made on this movie yet. Be the first to start talking about Coherence!