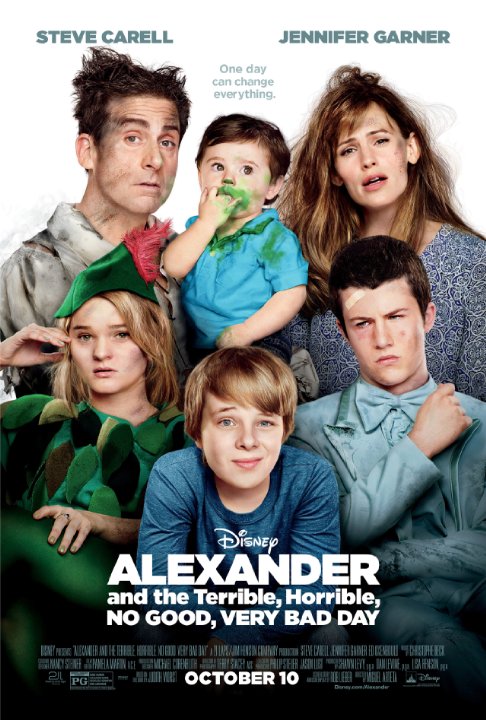 Plot: Based on the best-selling children's book - when Alexander wakes up one morning with gum in his hair, it starts off a chain of events that everyone (especially Alexander) considers a particularly bad day. -- Chris Kavan

Alexander And The No Good Movie

Alexander And The Terrible, Horrible, No Good, Very Bad Day is a movie you'll watch once & then completely forget about.It had it's moments but most of all, I found it to be boring.There were also alot of times where the movie just tried too hard to get us to like it but the only time I truly liked the movie was when it was about over.I don't see how this movie ever made it to the theater.Either somebody got lucky or knew somebody who knew somebody.If there is a sequel then I could see it going straight to DVD.If it makes it to the movie theaters then I'd be amazed.I gave it 1 star because there were moments that were truly funny or enjoyable but I'm not sure it deserves 1 full star.Go pick up the book.The book was only a couple pages long & way better, more memorable & more enjoyable …

Alexander is a A-hole

"Some days are just bad days, that's all. You have to experience sadness to know happiness, and I remind myself that not every day is going to be a good day, that's just the way it is!" - Quote from Dita Von Teese

The story is about a 11-year-old Alexander (Ed Oxenbould) as he experiences the most terrible and horrible day of his young life-a day that begins with gum stuck in his hair, followed by one calamity after another. But when Alexander tells his upbeat family about the misadventures of his disastrous day, he finds little sympathy and begins to wonder if bad things only happen to him. He soon learns that he's not alone when his mom (Jennifer Garner), dad (Steve Carell), brother (Dylan Minnette) and sister (Kerris Dorsey) all find themselves living through their own terrible, …

No posts have been made on this movie yet. Be the first to start talking about Alexander and the Terrible, Horrible, No Good, Very Bad Day!