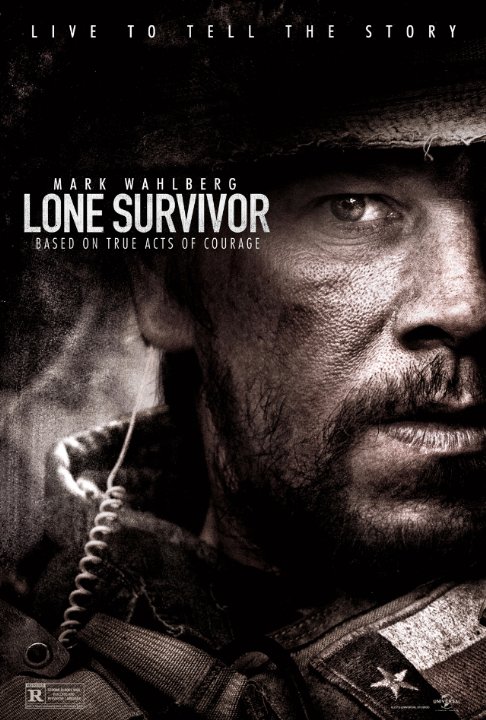 A well-made and meaningful war film, but "Lone Survivor" is little more than average.

Harsh and exemplary depiction of both the brotherhood and danger it means to be a SEAL team member. Not since Black Hawk Down has there been a better film about being trapped behind enemy lines and facing seemingly insurmountable odds. All the characters are given just enough glimpse of their humanity and real lives to feel the emotion when things go bad. The action scenes (from small gun fire to tumbling down rocky slopes) are amazing - it hurt me just to watch, let alone imagine what it must have been like to go through. Hoo-rah.

ONLY ONE OF THE BEST WAR MOVIES OF THE YEAR! Mark Wahlberg was outstanding in this movie. It seemed to be very Realistic. It was based on a true story and Peter Berg made the story very easy to follow and in the time allotted giving you a chance to really identify with the characters. This movie had moments that was violent and harsh but it will definitely keep your attention.

A squad of four Navy SEALs on a mission in the mountains of Afghanistan find themselves cut off from their support and heavily outnumbered and outgunned by Taliban insurgents.

Aside from the obvious spoiler alerts set off by naming a film âLone Survivorâ, this is an efficiently told true life story concerning the toughest of the tough U.S. troops behind enemy lines in Afghanistan. The story is split into two halves, the first being the introduction to the characters and set up for the mission, with the second a tense and realistic firefight during which the brutal physical punishment suffered by these men is laid bare. For the most part it has a pseudo-documentary approach which is compromised by the rather manipulative and intrusive soundtrack, but the convincing performances and …

This is a really great movie. that i think will be hard to beat this year. i just hope it gets the recognition it deserves. Its based on the true story of four naval seals who end up stuck out on their own fighting the taliban.
its brutal honest real and very well made and acted. mark wahlberg puts in his best performance in this movie.
there's no in your face obvious messages it merely shows the face of war and the conflict through all eyes with solid unflinching action. the scenes do the talking here.
The direction is really good. the scenes of falling are best i have seen in cinema . usually when people tumble down hills and cliff edges its all very tame. not in this film its as real as you can get it
I have seen a lot of films and this one surprised me. its class

No posts have been made on this movie yet. Be the first to start talking about Lone Survivor!