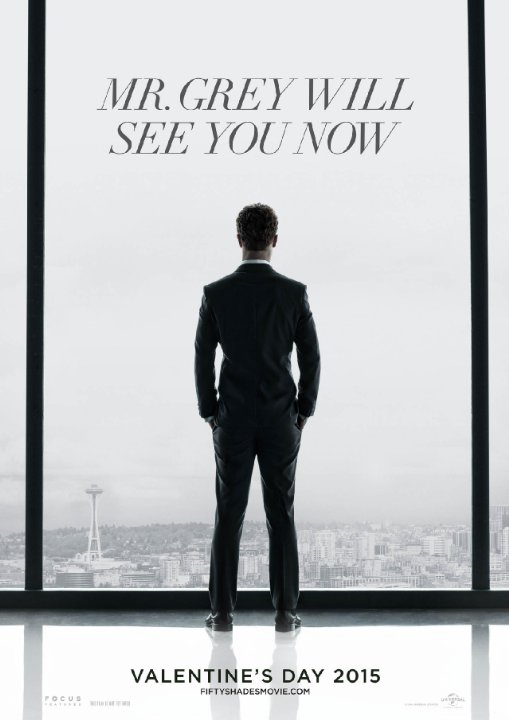 Plot: Based on the best-selling novel, Anastasia Steele, a literature student, interviews the wealthy, intimidating Christian Grey and instantly develops an attraction to the enigmatic man. Grey is likewise drawn to Ana - but will only agree to a relationship on his own terms. Both will discover a place where want and desire intersect. -- Chris Kavan

As far as cringe inducing dialogue and energy-less performances go, I've seen worse, but what makes "Fifty Shades" so numbing is its roadmap to nowhere of a plot.

Man what a movie! I mean I didn't see it but man I've heard lots about it and sounds Iike some smut! I haven't even read the book or anything. To be honest, I don't even know why I'm reviewing it. Gotta stop sipping on that NyQuil every afternoon. Anyway, we were talking about plants. I love plants. They smell good. I own all of them. Every. Single. One. What's that? I'm being informed this is a movie review. Ok well good bye sports fans!

Sigh. Ugh. I have to review this idiotic film! WHY?!
Fifty Shades of Grey (more like Fifty Shades of Bullcrap "romance") is a horrific movie that's an adaptation of a novel with the same name. Wow! There was already a book about this dumb love, but they had to make a movie about it, didn't they?!!
Watching this almost made me throw up on the screen, even though I was sitting in the far back row of the theater. Yeah, I know, right?
Anastasia Steele makes the stupidest choice of her life: falls in love with Christian Grey who she only interviewed him!!! SHE FALLS IN LOVE WITH A MAN SHE HAS NEVER SEEN BEFORE AND WASTES HER LIFE ON HIM?!!! AND GUESS WHAT: THEY BOTH WANT A WILD RELATIONSHIP WITH EACH OTHER!! OH GOD!!!!!
Honestly, do we really need to see strangers making so much "love" …

Where do I begin... ? 'Fifty Shades of Grey' is one of the worst 'romance' movies I've ever seen. For starters, the two leads have zero compatibility. I never believed they were into each other for a single second. One is trying (Johnson), while the other just can't act (Dornan). But wait, it gets worse. She is a young, naive, but also well educated normal girl who is attracted to a rich guy with good looks. Who wouldn't? (Ugh) He's into BDSM and not looking for a relationship. But, for some unknown reason, he encourages their dating. He backs off immediately after the first date, only to stalk her and then eventually go steady. She just goes with it cause of his looks and money (I assume). It's not like actual thoughts, feelings, and emotions towards a potential lover are …

I had high expectations for this film being a fan of the book. Leaving the theater I was left with mixed emotions. Jamie Dorian and Dakota Johnson's chemistry wasn't there. That was obvious from multiple interview confessions and it was easy relayed to the big screen. There was also huge characteristic traits missing for Christian Grey, some that I found most important for explaining his morals. The movie was also taken in a comedic approach, something I wasn't enticed by. Even with these flaws, I was impressed with its overall performance. The sex scenes were toned down as expected but just as devious as needed. My attention was focused on screen for the duration of the film so with a little wiggle room, this film passes as worthy enough to watch. At least once.

No posts have been made on this movie yet. Be the first to start talking about Fifty Shades of Grey!