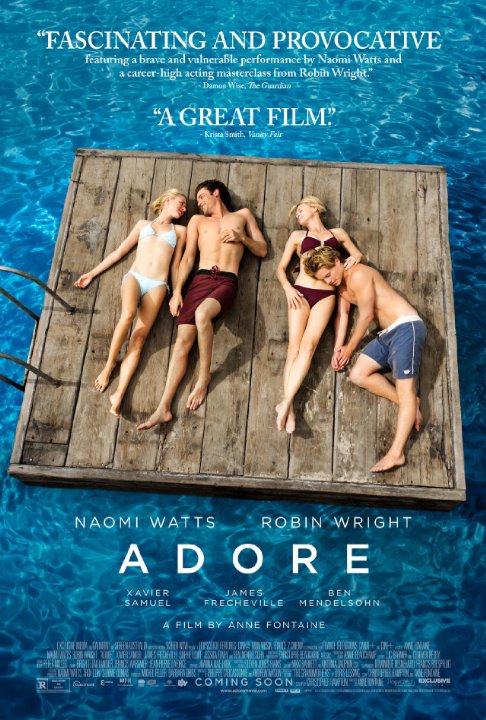 Plot: Longtime friends and neighbors, Lil and Roz, have a pair of sons who have likewise become close. One summer the four confront simmering emotions that lead to relationships that cross conventional bounds. -- Chris Kavan

Though it's nice to see Naomi Watts and Robin Wright giving it their all in juicy roles. Adore is a borderline creepy experience that doesn't really seem to have much of a point. It's trashy entertainment through an art-house lens. And ultimately it is too silly to take seriously and ultimately forgettable. And the dialogue is atrocious. If only Jane Campion or Catherine Breilliat could have directed it, than maybe we would have had a more substantial film.

No posts have been made on this movie yet. Be the first to start talking about Adore!