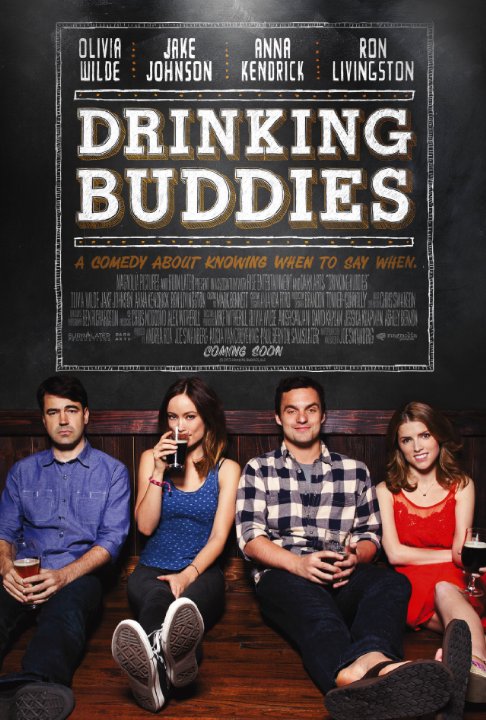 Plot: Luke and Kate are a pair of brewery workers who spend every day drinking and flirting - they would be perfect for each other if each wasn't already in a committed relationship. Luke is about to propose to his girlfriend of six years while Kate takes things slow with her music producer boyfriend. But things tend to get complicated when a lot of beer is involved. -- Chris Kavan

a extremely boring movie nothing happens then it ends. the whole thing just seems awkward as well. poor drama movie with little emotion or anything happening

It's very easy to like a film that's so cheerful and laid back as this film gets at times.

I never knew it could be so much fun watching other people have fun, yet, there it is. Joe Swanberg's rather impressive new tiny little comedy has its definite high points as well as its low ones, but not too much of either to bing the equation out of balance.

The performances of the cast are wonderful, especially Olivia Wilde. Her excessive giggling got on my nerves sometimes, but the 'not a worry in the world' attitude was very authentic and seemed like an actual person that needed attention to feel better about themselves.
I think Ron Livingston is miscast and didn't add anything except a very uncomfortable and tense screen presence. Other than that, watching the characters interact and …

Drinking Buddies is essentially a relationship film and follows two couples: Kate (Olvia Wilde) and Chris (Ron Livingston) and Jill (Anna Kendrick) and Luke (Jake Johnson). Kate is a more free-spirited woman - the only female who works at a Chicago brewery - where Luke is one of her co-workers. Chris is a much more grounded man, interested in things like poetry and nature rather than drinking. Meanwhile Jill and Luke have had a long-term relationship that they have to decide is ready to go to the next level (which would be marriage).

While I have to say this does take a realistic approach to relationships, that also means is relies a lot on the connection between the actors. Wilde and Johnson have that good, flirty chemistry going on. When they're out with friends or just two people …

No posts have been made on this movie yet. Be the first to start talking about Drinking Buddies!