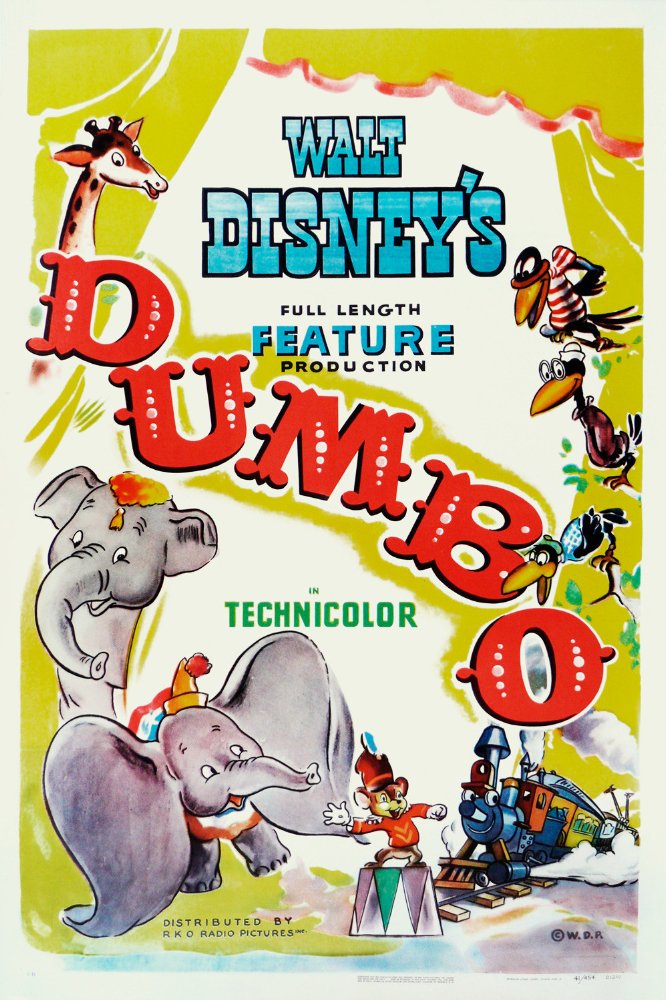 Plot: A little elephant with big ears learns what it means to be special.

At just over an hour, "Dumbo" doesn't use any more time than it needs to tell a powerful animated story.

Disney's Dumbo is a wonderful and yet beautifully executed movie thats filled with emotional scenes that still gets to me today. This is Disney at it's best.

Full of charm, but also has it's share of sad and weird moments. It's odd and contains many memorable characters.

Dumbo was born a cute little elephant with enormous ears, but the other animals in the circus didnât think he was so cute. Now, with the help of a little mouse named Timothy (Edward Brophy), heâs going to try and make them see how being different can be good in âDumbo.â

âDumboâ has one of the most interesting histories of any Disney movie. Apparently Walt Disney didnât want to make it, but after they talked him in to it, it became his favorite film he ever made. There were many problems making the movie, including the lowest budget for a Disney animated feature as well as an animatorsâ strike.

As for the movie itself, Iâve never been a huge fan, but Iâve always known that itâs a good movie. Thereâs nothing really special about it, but itâs just fun to …

My Top Movies of 1941 by Indyfreak

No posts have been made on this movie yet. Be the first to start talking about Dumbo!