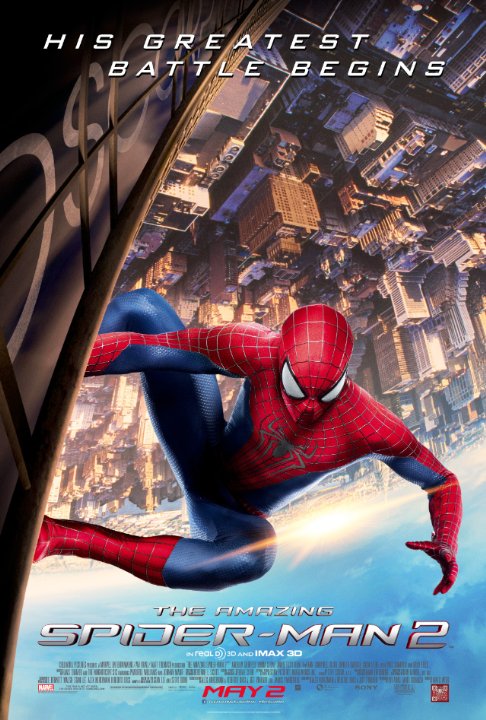 Plot: Peter Parker, aka Spider-Man, deals with a dangerous pair of villains: the Rhino and Electro but even as he faces off against these new foes he also works to protect those he loves from danger. -- Chris Kavan

"The Amazing Spider-Man 2" suffers from the same problems that "Spider-Man 3" did, but it's somehow even worse.

Too long, too boring, too bad. Mumbling through flirty banter with your girlfriend isn't compelling viewing for anyone. Since when was Peter Parker a moody one minute, happy as larry the next teenager floating through life. The character treats being spiderman as a laugh, where is the great responsibility with this great power. Please come back Sam Rami!!! Spiderman 3 wasn't that bad. Forgive us. That's the best I can to for a review because I can't really remember what happened in the film as it was totally forgettable.

"The Amazing Spider-Man 2" by Yojimbo

Peter deals with his break up with Gwen Stacy by throwing himself into the role of crime-fighting superhero which sees him facing off against both a childhood friend and new CEO of Oscorp and an obsessive fan who is transformed into a being of pure electricity. Marvel's latest exercise in deja vu includes the familiar caharcter of The Green Goblin who featured heavily in the original Spider-Man trilogy as well as new face, Electro. Jamie Foxx's character is a welcome new addition from a franchise that seems to be solely inclined to replicate already existing stories, and his first appearance as an unwilling "villain" held hostage by unwanted powers that he cannot control actually works quite well. Unfortunately the script soon has him reverting to a vengeance obsessed …

If you remember the part in the trailer where Rhino is charging Spider-Man and he swings that manhole covering at Rhino? That's the closing shot! I shit you not!

The Amazing Spider-Man 2 continues the current trend in comic book movies concerning world-building, Easter eggs. and sequel-baiting but at the same time it wants to tell a story about teen romance, corporate espionage, and whatever Sally Field has to say when she appears on-camera.
I'll confess that the 100+ trailers and tv spots did have me excited because of all the references to the Sinister Six, the disappearance of Spider-Man's parents, and how there was obviously so much more action. And there is! It opens up with a strangely moving plane crash sequence seemingly taken out of a Bond film. However while the action …

The Worst Spidey Flick Yet

I was pretty ticked off at the first Amazing Spider-man movie for recycling most of the plot from Sam Raimiâs first Spider-Man, but That movie's great in comparison to its sequel. I should have been thankful for what I had.

I wish people would stop saying that these new Spider-Man movies are better then the other ones. The Amazing Spider-Man 2 exhibits most of the exact same problems people have with the first set of movies. There are …

Spider-Man Movies Ranked by The WHB

No posts have been made on this movie yet. Be the first to start talking about The Amazing Spider-Man 2!