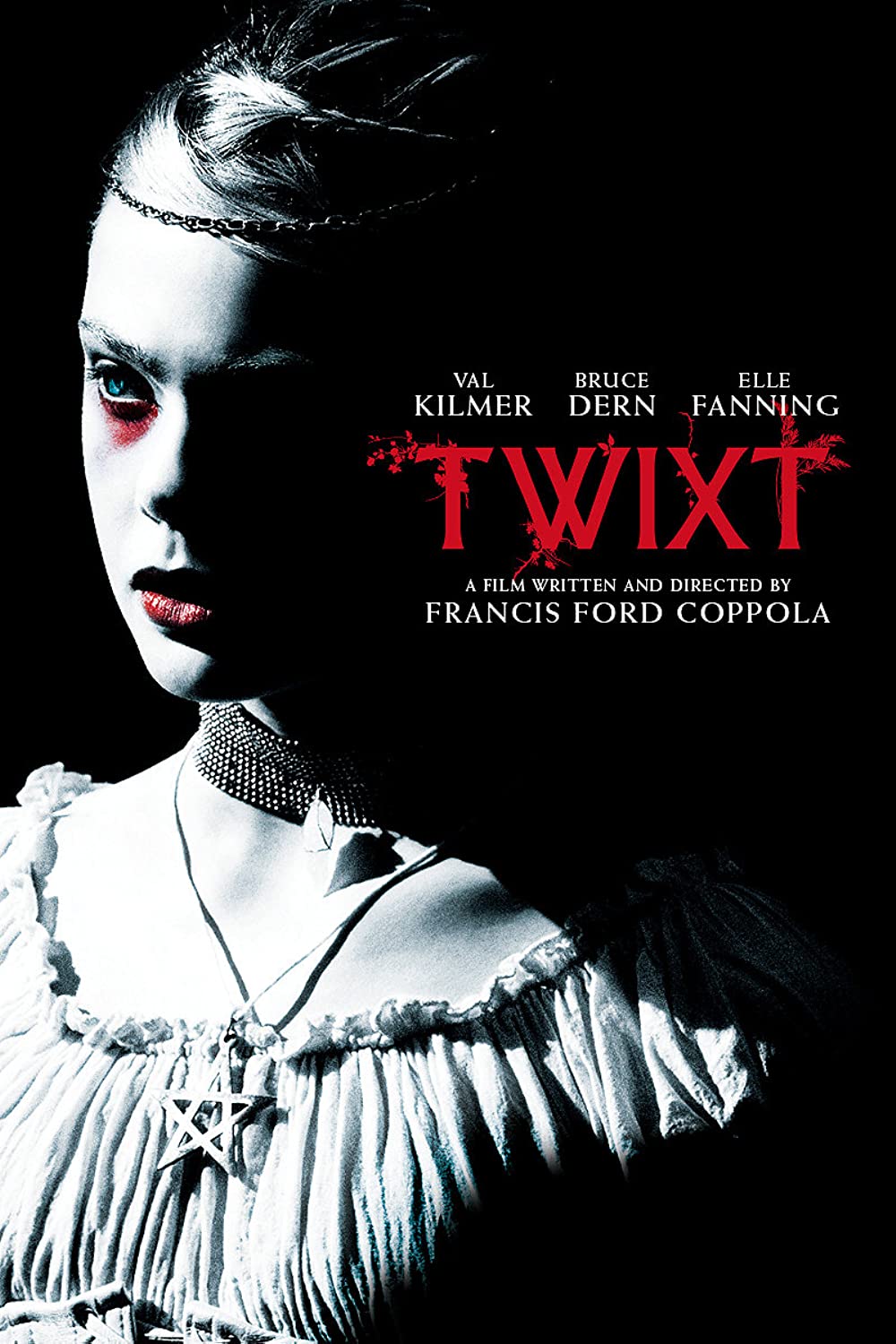 Plot: An author on the decline comes to a small town on a book tour where he finds himself caught up in a murder mystery. A ghost comes to him in his dream and as he connects the dots, he finds the truth hits closer to home than he ever thought. -- Chris Kavan

It really is a sorry state of affairs when a master like Coppola is making cheap Lars von Trier parodies with the most archetypal washed up movie star of our age. I cannot lie that the dream sequences are alluring, though.

Excellent visuals, but "Twixt" is too underdeveloped and uninteresting to be even remotely creepy.

Bizarre - even though it had kind of a David Lynch/Twin Peaks vibe going, the whole thing was really disjointed. I dd like both Bruce Dern and Elle Fanning - though the inclusion of Edgar Allen Poe was, well, I still can't think of a better word than bizarre. Visually the film was quite interesting - almost like a graphic novel - but the plot was just all over the place. As an experiment, Francis Ford Coppola should stick to what he does best - horror it ain't.

The Films of Francis Ford Coppola by Sebman

No posts have been made on this movie yet. Be the first to start talking about Twixt!