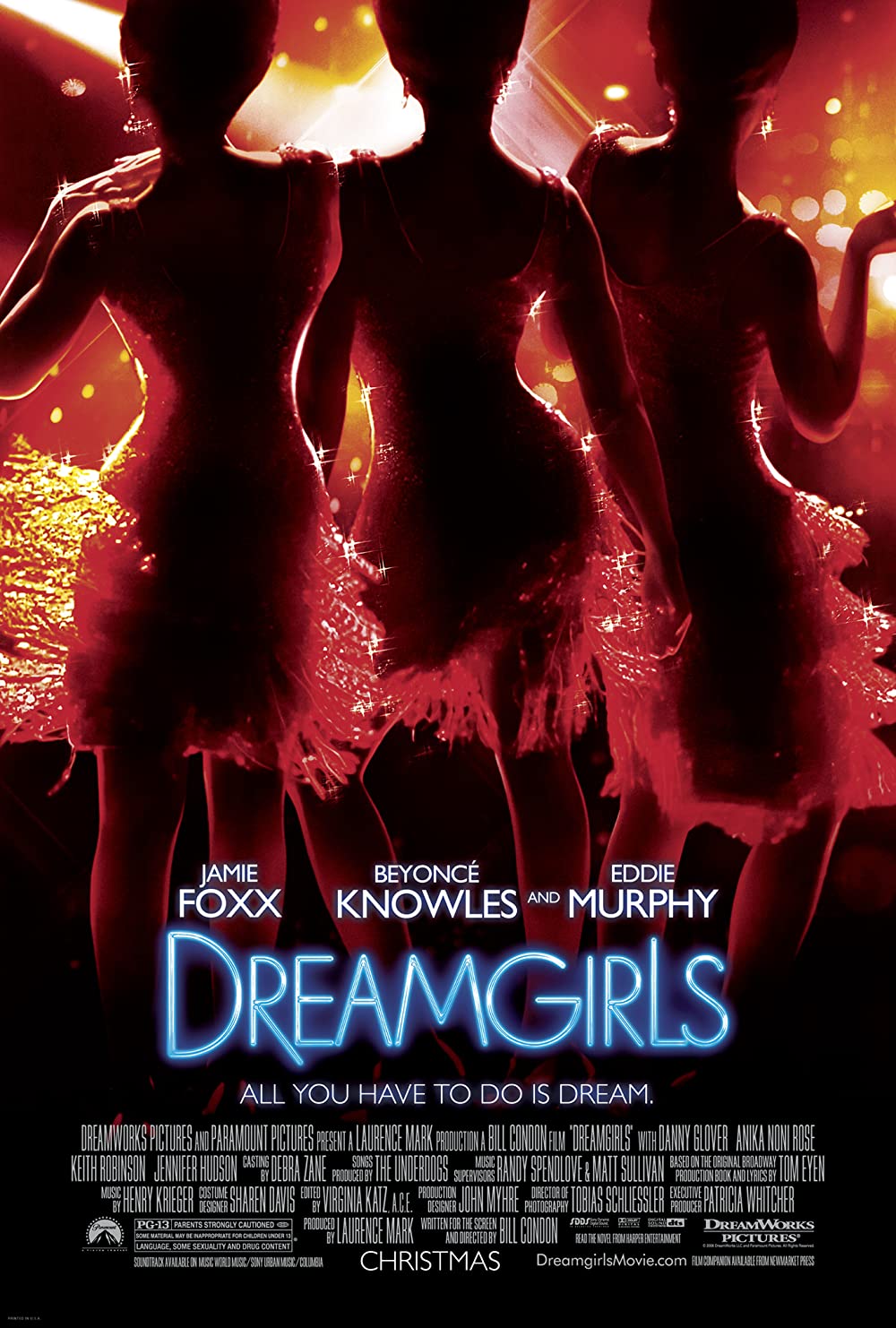 Plot: Three women who finally get their break sining pop music across the nation go through hard times as they deal with their manager and his arrogance.

It had some interesting characters. But, the plot was a little lackluster.

though I think the story drags a little in the middle, this is a pretty smoothly-directed portrait of the R & B music scene. The musical soundtrack is impressive and Jennifer Hudson particularly showcases both her acting and singing chops.

ooo...Shiny. Thoughts once I try to think about a very flashy, distracting, but still entertaining movie. 1. Not impressed with Bill Condon-seems an over-indulgent director. 2. Beyonce's "performance"-what a stretch. 3. What's based on fact and what's not? Took me out of the movie. 4. I LOVE closing credits that show all the featured actors.

Not very good not really that bad either. I find the mix of musical type signing and standard stage singing did not really work well together. In fact it is surprising the first time they sing like in a musical. I think they should probably have done one of the musical signing in the streets type songs a little earlier and at a more even rate. This is because there are actually few of them but it causes those ones to seem very odd. The acting is fine but the characters really lack much You do not really get to know any of the characters enough to care about them in anyway.

Top 25 Films of 2006 by CarnivorousCouch

No posts have been made on this movie yet. Be the first to start talking about Dreamgirls!