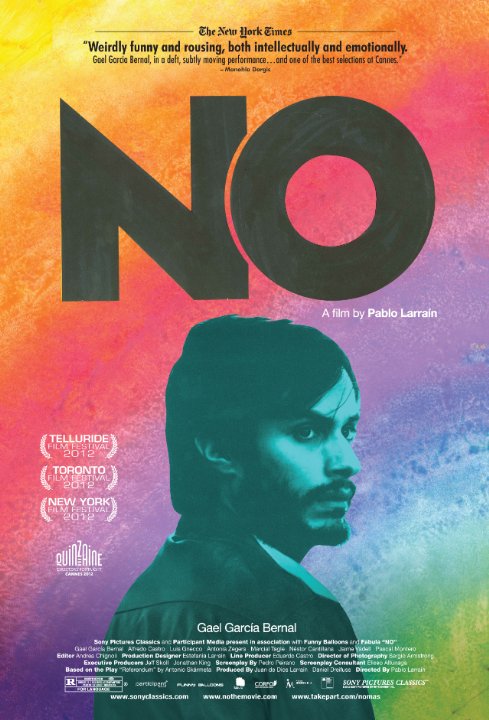 Plot: In 1988, Chile's military dictator Augusto Pinochet is forced by the international community to hold a referendum to decide if he will continue his rule. Despite tremendous pressure and constant scrutiny by Pinochet's agents, the opposition comes up with a bold plan, spear-headed by RenÃ© Saavedra, a young advertising executive. -- Chris Kavan

NO (2013) Chile in 1988 is ruled with an iron fist by the dictator Augusto Pinochet. When increasing international pressure is mounted against the ruling government, Pinochet agrees to a national vote. A vote Yes means that he stays in power, and a vote No means democracy stands a chance in the country. A young ad executive (Gael Garcia Bernal) is asked to head a campaign against overwhelming odds to convince a country to vote NO. Bernal is the reason to see this film, as he gives an inspiring performance of the ad executive who risks his life for the democracy movement. It is an interesting film that gives you appreciation of the power of democracy and how people all over the world are fighting for the right of self-determination. My Rating: Full Price

No posts have been made on this movie yet. Be the first to start talking about No!