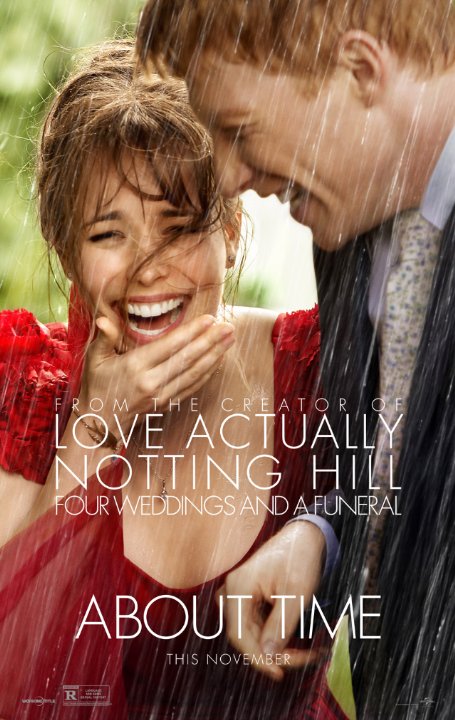 Plot: At age 21, Tim Lake is told an incredible secret by his father: all the men in their family have the ability to travel through time. Although he can't change history - he can change his his own fate - and so Tim goes about trying to find the a girlfriend. What seems to be an easy task is anything but - until he finds Mary. Despite some time-travel issues, eventually he gets things right - plans the perfect proposal and marriage - yet even after everything, there are some things you can't fix with time travel. -- Chris Kavan

About time i watch it again ...

Maybe it's because I'm getting older and more mature. Or is it simply because it's a perfect movie ? I put all my money on the second guess because in the end I found it an amazing and captivating romantic comedy . Normally I hate movies containing the combination of romance and humor. Usually the humor is of a questionable level and it threatens to become a corny tearjerker with a predictable happy ending where everyone is happily married. Actually all of that is in this movie , but not on a grotesquely sentimental level as in other chick flicks . Like someone said on IMDb " A chick flick for men" .

Occasionally, I have to listen to my wife and select a movie which will lead to a cozy movie night she can enjoy. Instead of watching again at some nerve wrecking, bloody and violent SF …

About Time's premise provides for some interesting scenes but after it's all said and done, one can't help but feel like there was so much more potential. The story is split into two major plot lines of romance and father / son bonding. Maybe the film would have clicked better with a more coherent storyline. The film has a major lacking of anything spectacular whether it is acting by the cast or creativity with the cinematography. In the end many of the dramatic scenes are foreseen and lack in impact due to the very straight forward direction of the story, which evidently halters from the emotional attachment. All in all an average movie that produces a few laughs but is somewhat dull at times. The run time of two hours could have been cut to around 100 minutes.

It's 'About Time' We Had a Fun Fantasy Rom-Com

'About Time' is a romantic comedy with a clever time travel premise. I bought into the premise and thought the rules of this time travel scheme were well explained. The lead, Domhnall Gleeson, is extremely likable. He's great in both the comedic and emotional scenes. McAdams is just as good. Their relationship is fun and believable. The first half of the film mostly focuses on their meeting and eventual marriage. This stretch is completely enjoyable, from the excellent humor, to the use of time travel, and the romance. The second half traverses a much more predictable dramatic route. The focus shifts to family, with much attention devoted to the 'father-son' relationship (which I did like). It's not bad, but the emotional points are easily foreseen and don't carry much of an …

If you have a formula and it works - don't mess with it. Granted, this film isn't exactly my cup of tea, but I have a feeling more than enough people are going to watch this despite the redundant nature. Eh - I find most romantic comedy type films to follow the same pattern.This will probably not light up the box office, but I bet we see the same kind of thing next year (or if not - Nicholas Sparks still has plenty of material to adapt).