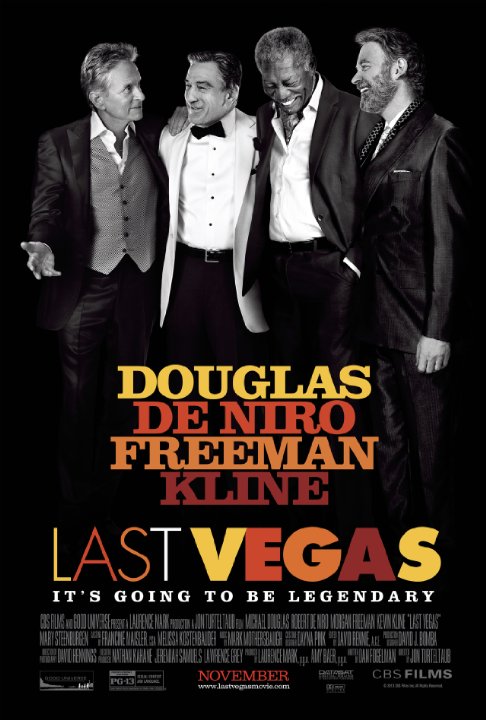 Plot: A group of sixty-something friendss leave their daily struggles behind in order to go to Vegas to throw a bachelor party for their last remaining single member of their circle. -- Chris Kavan

A generic and mostly tame story and a group of stars who have aged like fine wine. We've seen this combo plenty of times and have been disappointed on nearly every single one.

A movie of adults but not an adult movie.

The characters were not that interesting and felt like emulating the premise of The Hangover minus the crime elements. It seems the movie only focused on the characters of Douglas and De Niro, which in effect made fillers out of Kline and the very talented Morgan Freeman. Female casts lacked conviction and spark while the screenplay needed more laughs instead of humiliating moments, The backdrop and settings were fantastic which mostly stole the scenes instead of the leads. Overall, an average film which touches on old age, real love, choices and friendship.

No posts have been made on this movie yet. Be the first to start talking about Last Vegas!