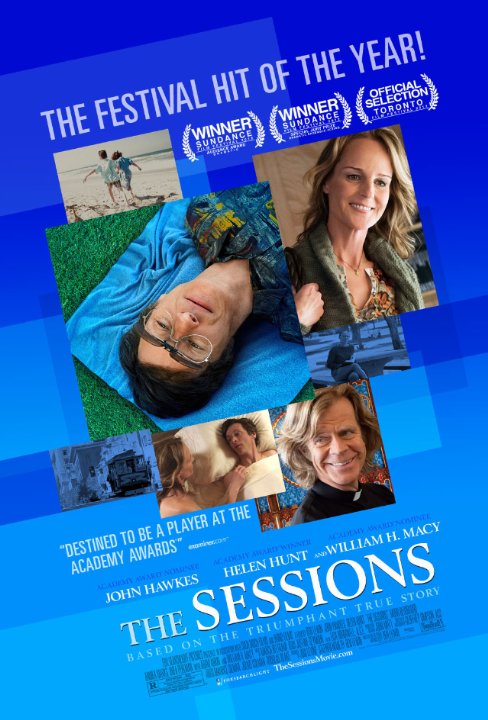 Plot: At 36, Mark O'Brien, confined to an iron lung, wants nothing more in life than to finally lose his virginity. With the help of his therapist and his priest, he reaches out to Cheryl Cohen Greene, a professional "sex surrogate" and both will gain a new perspective on relationships and life. -- Chris Kavan

Smart and poignant , "The Sessions" is an emotionally satisfying character study topped off with some excellent performances.

This is an okay film. It features some terrific performances, Helen Hunt in particular; it's really nice to see her getting good roles again. Overall though, I thought The Sessions could have been so much more.

No posts have been made on this movie yet. Be the first to start talking about Sessions, The ( Six Sessions )!