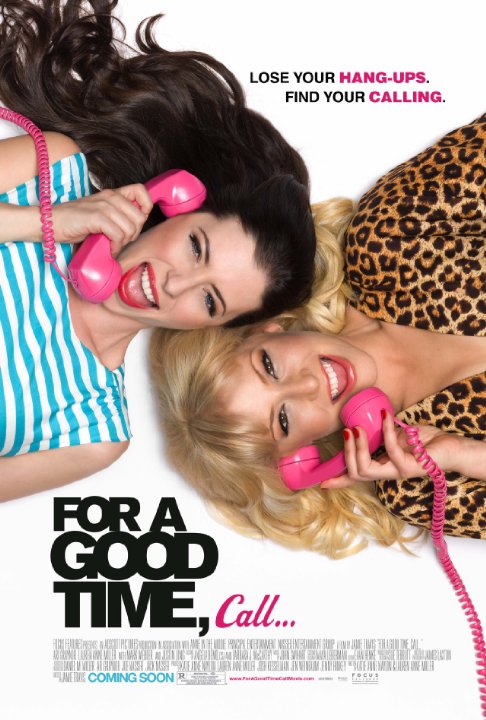 We can't deny it is a good comedy. Really entertaining.

I was kind of entertained by it. It wasn't the greatest film by any means, but the dialogue was vulgar enough to make it interesting and authentic to their occupation. I wouldn't buy it but if it was on one of the movie channels I'd probably watch it again.

A raunchy comedy filled with frank sexual dialogue. It's light and upbeat tone, combined with the charismatic lead performers, makes this an enjoyable watch. There is hilarious fun to be had here.

Movies I want to see by MovieAddict

No posts have been made on this movie yet. Be the first to start talking about For a Good Time, Call...!