Sound of My Voice Movie Information 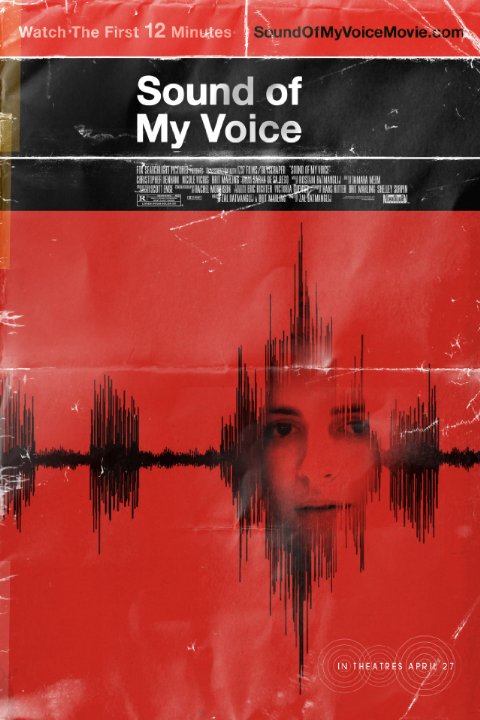 Plot: A pair of documentary filmmakers find themselves pulled deeper and deeper into a cult whose leader, Maggie, claims to be from the future. -- Chris Kavan

Every bit as unique and fascinating as Brit Marling's previous film 'Another Earth'. LIke that film, this is an involving watch that leaves even more open ends for us to examine. It's satisfying in it's quieter ambitions.

Another "Another Earth", Only Better

A couple plays underground roles of documentary film making about a girl who claims to be from the future. As their relationship goes in a rocky road, mysteries, as well, unfold.

***
This was another "Another Earth" feel because of its very unique plot, very unconventional time and setting, and yes, ***SPOILER ALERT*** open-ended resolution. What I love with this film is that it did make we wait for something, really! The story was very interesting and got more interesting as it progresses. The ending was really mind-fucking leaving me wanting to extend the film.

Brit Marling's performance was good, Christopher Denham's was decent, and Nicole Vicius' a disaster. Never mind the acting and all was perfect! I'm starting to like films like this, I also do appreciate "Another Earth". …

To Rent by Naveen

No posts have been made on this movie yet. Be the first to start talking about Sound of My Voice!