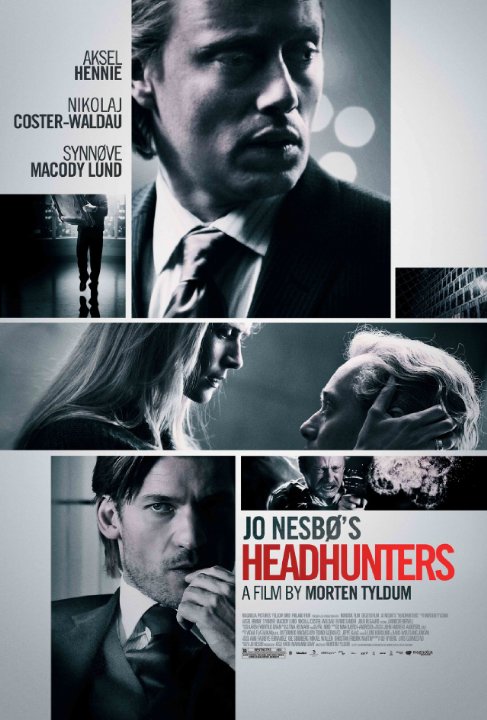 Plot: A headhunter who moonlights as an art thief gets more than he bargains for when he targets a priceless work of art owned by a former mercenary. -- Chris Kavan

A tense thriller with a fast paced plot and suspenseful set-pieces.

A norwegian movie that i watched dubbed in english. its about a smart self asured guy who has issues with hs height so makes up for it with money and a nice house and a gorgeous wife. he is headhunter for a company but also works as art thief .to support his high lifestyle which he struggles to afford. without going into too much detail one thing leads to another and the movie takes a dark and vilolent turn with some twists along the way, it was a enjoyable movie well written and inteligent. the main lead sure goes through a lot and was very likeabe. i liked it. no doubt it will be remade one day with some amercian actors. but this original film is a classy thriller that doesn't mind getting its hands bloody to tell the tale

There are several analogies why the protagonist reiterates his height of 5'6". One of the best well crafted thrillers produced in the 20th century (and probably one of the best of the year) without the utilization of dazzling special effects or even a handsome lead. Roger Brown (Aksel Hennie) is popular Headhunter who has a part time racket as an art thief. He has marital conflicts with his tall gorgeous wife Diana (SynnÃ¸ve Macody Lund), who dreams of having a child. Clas Greve (Nikolaj Coster-Waldau), who wants to be the CEO of Pathfinder, is met by Roger. Soundtrack is very good, which ads to the excitement of certain scenes. Narration was detailed while the direction splendid. The humor was spot-on even if there is no dialogue. Performances were sincere and action sequences …

No posts have been made on this movie yet. Be the first to start talking about Headhunters ( Hodejegerne )!