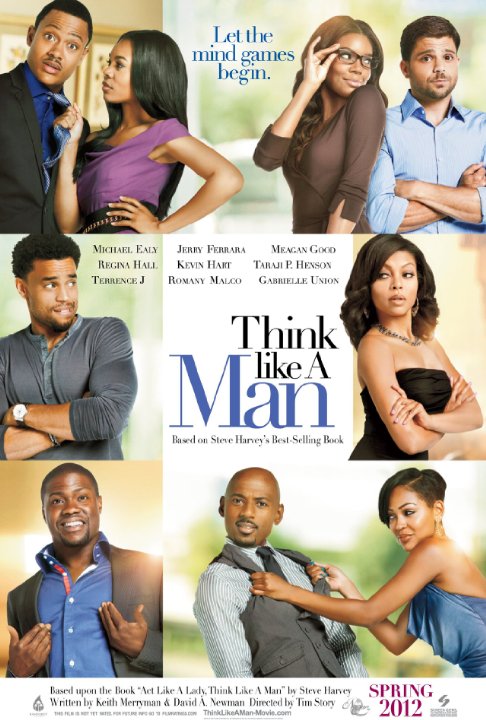 Plot: Who is playing who? Four women decide to turn the tables on their boyfriends by using Steve Harvey's relationship advice against them, but when the men find out, they come up with a plan of their own. -- Chris Kavan

After the release of a phenomenal book "Act Like A Lady, Think Like A Man", different women attempt to take control relationships that are assumed to be taken care of by men.

***
The movie started really well as per its comedy aspects, scenes made me laugh and I had fun all through out the movie. At the same time, I felt the movie dramatically, it touched my heart at some point, especially near to its ending. However, the movie presented segments ("Momma's Boy VS. Woman...") but it were not really established, so I got confused at some parts who's "the player" or the "momma's boy". And, I kind of question the use of montages. I think the movie could still be entertaining or get appreciated even without those montages of world wars, etc.
The strength of the movie is it having …

Appealing to women, but made for men!

Think like a Man follows four men (the player, the mommaâs boy, the dreamer and the non committer) whose love lives are shaken up after the ladies they are pursuing buy Steve Harveyâs best-selling book, Act Like a Lady, Think Like a Man, and start taking his advice to heart.

The book helps the women to better understand how men view commitment, intimacy and love and soon after reading it, the ladies get an insight into their trifling menâs mindset and coerce them into becoming the type of man they each want and getting the relationships they desire. We have the Girl Who Wants the Ring vs. The Non-Committer, The Single Mom against The Mommaâs Boy, The Woman Whoâs Her Own Man opposite The Dreamer and The Player vs. The 90-Day Rule Girl.

But when the friends realize they …

No posts have been made on this movie yet. Be the first to start talking about Think Like a Man!