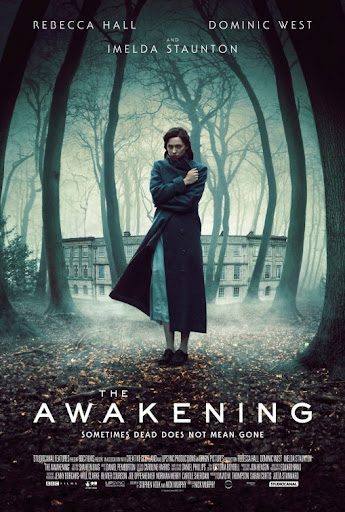 Plot: Following WWI, England slowly recovers as the grief and loss threaten to overwhelm the population. Into the miasma Hoax exposer Florence Cathcart is called to investigate the sighting of ghost child at a boarding house, but this is no simple hoax - and everything she thought she knew about life and death comes crashing down. -- Chris Kavan

After watching this movie I needed to wake up. This movie is slow and a little bit boring, but some scenes are scary and some scenes are just playing silly. Good sound, the story is okay and the acting is not good.

British horror that has some great visuals (and owes a lot to Turn of the Screw) but has an ending I know I didn't see coming. Although it moves a bit too slow for my tastes (it is British after all) for a ghost story, it works out pretty well.

Great movie with lots of twists. Something to watch on a rainy day or at nighttime with the lights off, setting the mood for this one. Wonderfully setting in a Old mansion and giving a creepy vibe even in the day time. The twist at the end is worth watching twice to make sure you understood..

No posts have been made on this movie yet. Be the first to start talking about The Awakening!