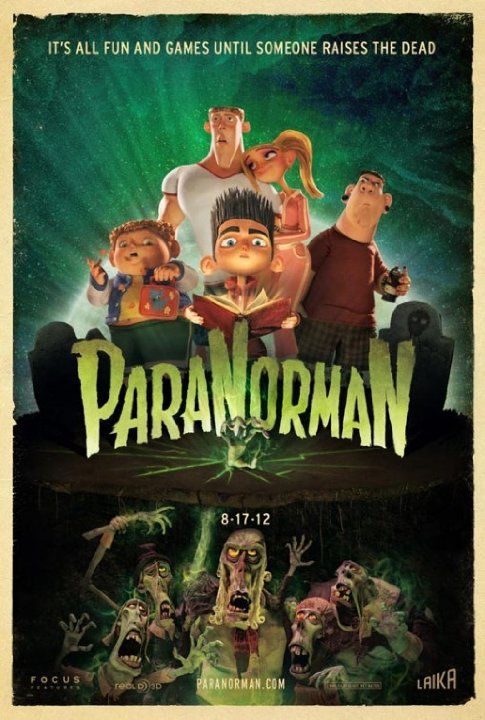 Plot: Outcast and misunderstood because he can speak to the dead, Norman none-the-less will take on ghosts, zombies and clueless adults in order to save his town from an ancient curse. -- Chris Kavan

Extremely weak and disappointing when compared to other stop-motion animated films and its macabre premise once put into action comes off like knock off Tim Burton.

If I were a kid watching this film, I won't get the message clearly.

This movie was like the sixth sense but with a twist. Outcast and misunderstood because he can speak to the dead, Norman none-the-less will take on ghosts, zombies and clueless adults in order to save his town from an ancient curse. This is so far the best animation film of 2012. the effect's are a amazing and the zombies in this movie did scary me a little bit.

I'll be honest, stop-motion animation is actually my favorite form of animation. It's not only the terrific look and the unique style that intrigues me, but the amount of patience, effort, and work that's put into creating it. It could take weeks to just complete one scene. Yes, many of the greatest animated films were made through traditional animation or CGI animation, but there are still many enjoyable and beautifully crafted stop-motion films that deserve full recognition, such as Coraline, Chicken Run, and, of course, A Nightmare Before Christmas. ParaNorman is the latest movie in this category, starring Kodi Smit-McPhee, Casey Afflack, Anna Kendrick, Christopher Mintz-Plasse, John Goodman, Jeff Garlin, and Leslie Mann, directed by Chris Butler and Sam Fell.

No posts have been made on this movie yet. Be the first to start talking about ParaNorman!