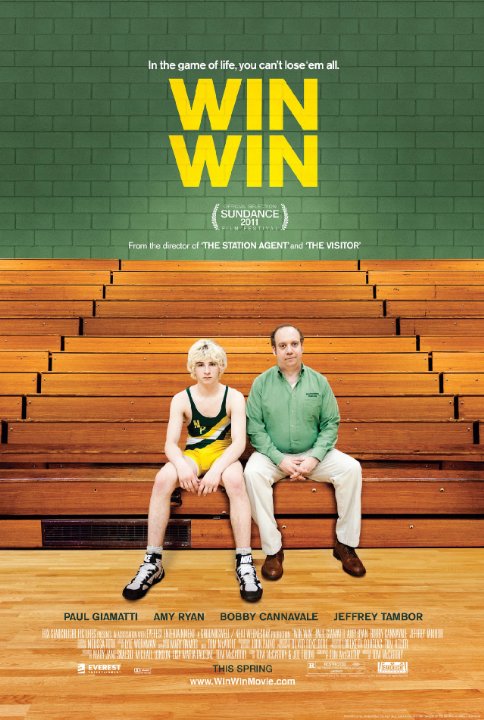 Plot: An attorney who doubles as a wrestling coach comes across a star athlete through questionable dealings. He thinks this will be a boon for not only his coaching, but create a windfall for his family... that is until the boy's mother shows up from rehab and destroys his well-laid plans. -- Chris Kavan

A very understated dramedy that focuses on family dynamic, using wrestling as a backdrop. Paul Giamatti and Amy Ryan give very believable and moving performances in the lead roles. I wasn't in love with the young wrestler's performance, but Giamatti owns every scene he's in.

Yet another good drama for 2011. Characters and performances shine through a plot heavy story that does away with sports movie conventions and is more genuine and sweet. Ending could've had more closure between the characters though.

No posts have been made on this movie yet. Be the first to start talking about Win Win!