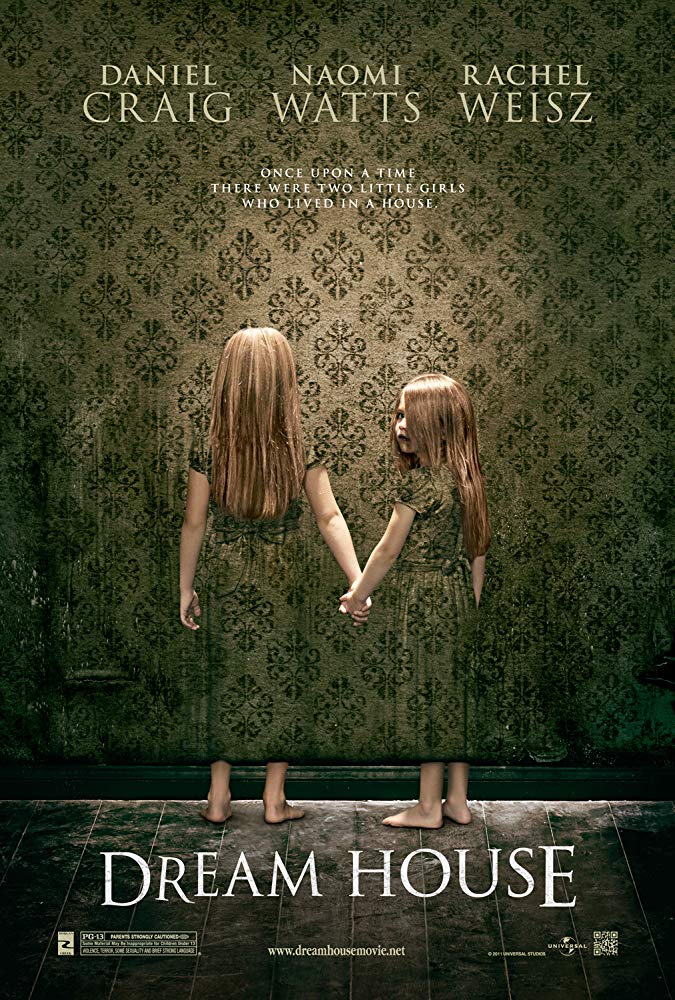 Plot: A couple's seemingly idyllic new house is also home to a dark secret, one which the husband is keen to resolve. -- Chris Kavan

watchable enough, but more funny than scary, albeit unintentionally. the obvious twist I expected at the end actually came at the halfway point, which was a surprise... but nothing really worked after that point, unfortunately.

This movie drew a lot of flak from the director and the actors (including Craig and Weisz, who essentially did zero promotion for the film) following a trailer that gives too much away and some questionable editing by Morgan Creek. It's been long enough that I forgot the trailer - and the twists work much better when you don't know what's coming, obviously. Still, something is missing here and makes this a passable, if not necessarily a memorable mystery/thriller. Craig and Weisz work well together, but the rest of the cast (including Watta and Csokas) are essentially wasted. Could have been great - turns out merely adequate.

Daniel Craig why this movie?.

A successful publisher Will Atenton (Daniel Craig) quits his high paying job in New York City to relocate with his lovely wife, Libby (Rachel Weisz), and his two cute little girls to a beautiful house in the suburbs but as they settle into their new life, they discover a grisly murder took place in their perfect home 5 years ago and the entire town believes it was at the hands of the husband who survived. Will tries to investigate this story, but even the police won't tell him much and the only person willing to help him is his lovely neighbor Ann Patterson (Naomi Watts), who is separated from her husband Jack while attempting to gain sole guardianship of their teenage daughter.

This is one that will keep the viewer guessing with an intense performance from Daniel Craig. The little …

No posts have been made on this movie yet. Be the first to start talking about Dream House!