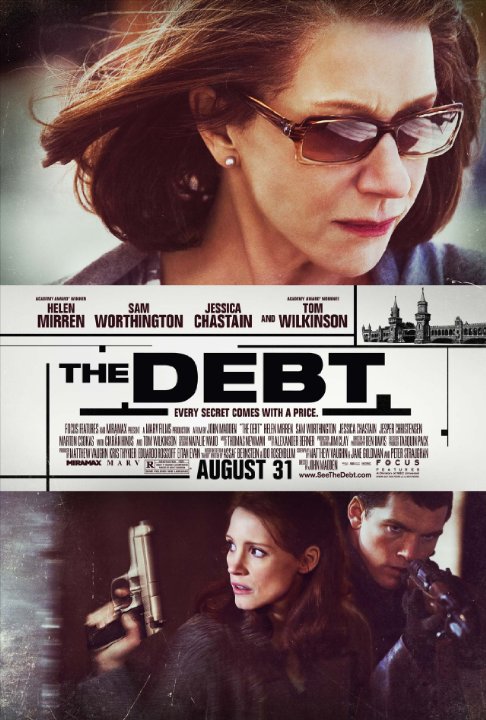 Plot: In 1965 three young Israeli Mossad agents think they have succeeded in a secret mission to kill a notorious Nazi war criminal. Yet 30 years later a man claims that he is that war criminal and one of the agents must get back into the game in order to learn the truth. -- Chris Kavan

A riveting drama punctuated by an excellent cast. There are some slow spots, but overall the atmosphere is tense and the story - where a lie spans a 30-year period and leaves an indelible mark, is well told both in the past and present. The story is good - the characters better and the casting is top-notch. Overall, a political thriller that hits the mark.

The inconsistent pacing of this film can be forgiven because of the powerhouse acting that portrays an intriguing story of truth and redemption. The film portrays an interesting era of history and does well at maintaining its slow burn plot and moralistic themes.

A failed mission to capture a surgeon murderer forced three individuals to lie about it. Now that they take credit of it for thirty years, they now have to deal with it- which happens differently for the three of them. *** I was a bit hesitant watching this drama-thriller, but five minutes in, and I was hooked. Everything is a mystery on the most part of the film, but stellar acting by Helen Mirren showed story without saying everything. The story is incredibly written on every side: the mission; the drama back home; and even the fall-short romance between the three leads. Smooth drama-thriller production-wise, story-wise, and acting-wise.

No posts have been made on this movie yet. Be the first to start talking about The Debt!