Spy Kids: All the Time in the World in 4D Movie Information 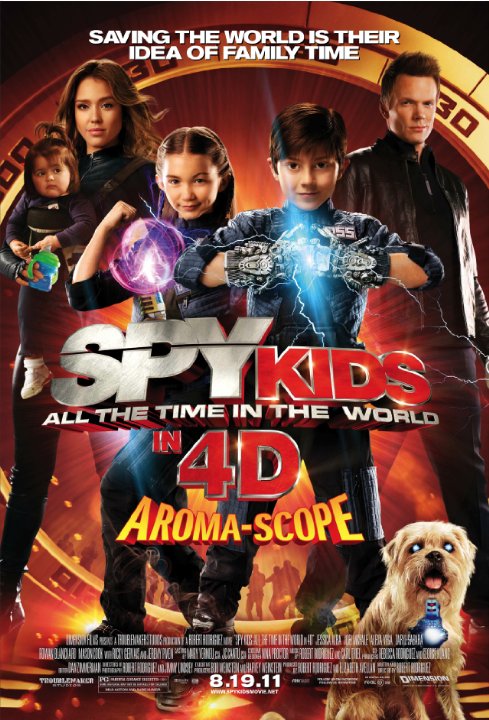 Plot: A retired spy-turned mother finds herself back in the game when a villain obtains a device that can stop time. -- Chris Kavan

A retired spy-turned mother finds herself back in the game when a villain obtains a device that can stop time. the visual effect's suck and the acting is really bad as well.

The kids would enjoy this!

âIt is not about how much time you have; it is what you choose to do with it.â

Jessica Alba is a retired spy, married to a TV 'spy hunter' reporter named Wilbur (Joel McHale), who has no idea she's an actual spy. The two have a newborn baby and Jessica is also the stepmother to her husbandâs kids who miss their biological mom and resent the arrival of their father's new wife.
But then an old enemy comes back in the picture, and she is called back called back to service as a spy to stop the Time Keeper (Jeremy Piven) who is trying to steal time and as we find out it's because of his tragic childhood, Wilbur's ten year old twins Rebecca (Rowan Blanchard) and Cecil (Mason Cook) are forced to get involved in the action.

Ricky Gervais as Argonaut keeps the humor going and the …

No posts have been made on this movie yet. Be the first to start talking about Spy Kids: All the Time in the World in 4D!