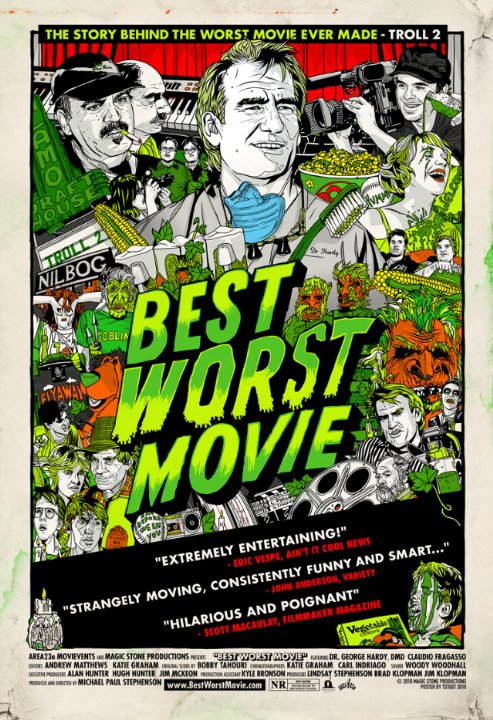 Plot: Michael Stephenson takes a look into the making of the now cult-classic Troll 2 - considered by many to be one of the worst movies ever made. -- Chris Kavan

I really liked this doc - it's amazing watching just a terrible movie attain cult status and the actors involved revel in this sudden "stardom". From the writer to the director, it's just plain fun to watch the various reactions from the dead serious to embarrassed acceptance. Makes me want to sit down and watch the movie, as bad as I know it is.

A solid documentary about this most infamous of films. It goes deeper into the people involved than I was expecting. A satisfying watch.

I haven't seen Troll 2 in a LONG time but this documentary makes me want to go & see it somehow just to see if it's really as bad as everybody says it is.I can also see why everybody likes George Hardy but not so much after seeing him & the other 2 actors rag on people at the horror convention & It gets even worse on the deleted scenes.I also liked the scenes where the cast revisited the house where Troll 2 was shot & renacted scenes from the movie.A pretty good documentary & even The Extra Stuff was good as well

Documentaries About Movies by Protozoid

No posts have been made on this movie yet. Be the first to start talking about Best Worst Movie!