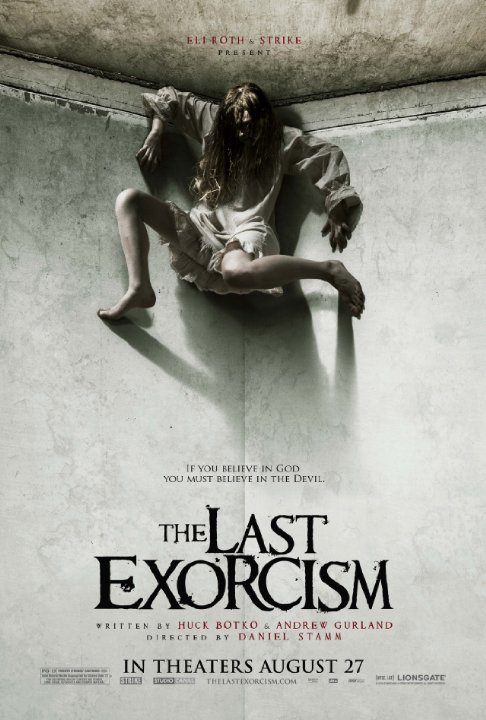 Plot: A documentary crew follows an evangelical minister on his final exorcism where things don't go as planned. -- Chris Kavan

The documentary style worked well at the beginning and offered a fresh take on the genre, but it wasn't really up to the task of capturing the spiritual threat and psychological intensity of the best possession movies.

I love mockumentary style films; there's something about that style of filmmaking that's extremely interesting and appealing. Add to that a eerie setting and solid lead performances and you get a good film, right? Meh...while there are some elements of the film that I really liked, there were some inconsistencies that ultimately made this film less effective than it tried to be. There were some nice twists, but the ending didn't add up at all.

I see now why so many people were turned off by the ending - it's like the director had no idea where this was going and just said "the hell with it" and tacked on the rather abrupt and disappointing end. However, preceding that I loved the mock-exorcism-turned-terror, so even with the terrible end, I still recommend this.

Alright, so the plot is simple enough, a "documentary" film crew follows Patrick Fabian as a preacher who is set on provign that exorcisms are a huge scam. He agrees to one final exorcism as a ploy to teach the film crew and subsequent viewers what a sham the whole process is. He picks the first request and it sends him to a small town in Louisiana, where a family is plagued by slaughtered animals, which could be the hands of their manic son and their sheltered daughter. Between scenes, the story told is much darker and much more slow than a traditional horror film, but is told in a rather classic way. I was into this movie until the end, where the huge "twist" was a big let-down and the story took a huge dive, aiming for the poor imagination of its target audience. A great idea …

No posts have been made on this movie yet. Be the first to start talking about The Last Exorcism!