Other Woman, The ( Love and Other Impossible Pursuits ) Movie Information 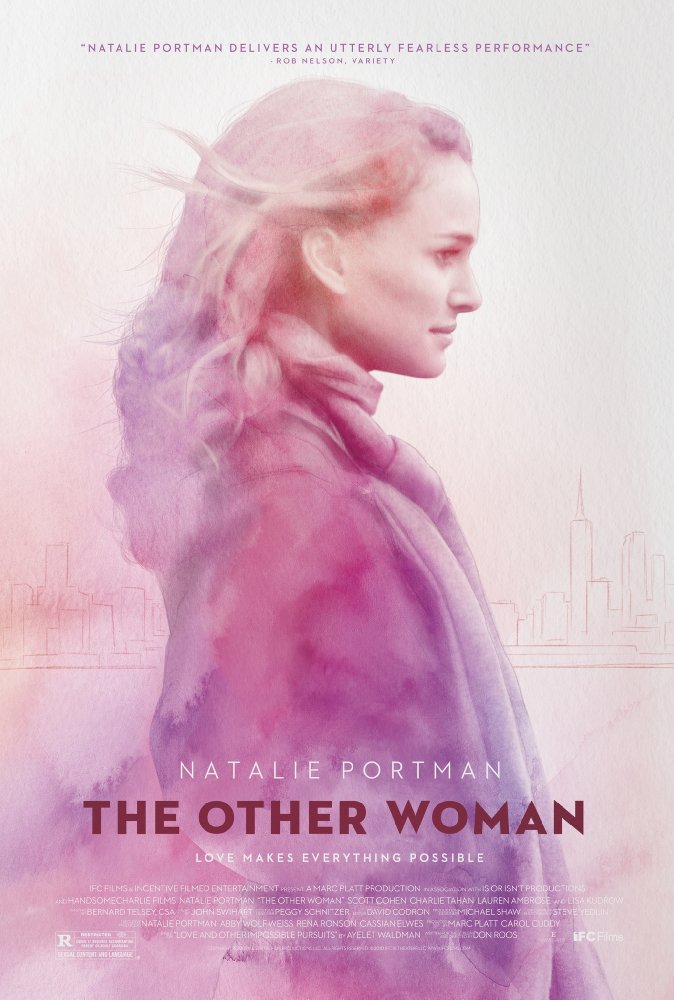 Plot: Told through a series of flashbacks, we watch the evolving relationship as a man divorces his wife to marry the woman he has an affair with and the changes it brings, including the rocky relationship of his new wife to his stepson. -- Chris Kavan

Emilia Greenleaf's (Portman) falls for a married man and has a baby with him. The Lawyer Jack Woolf (Cohen) is only happy with his kid William (Tahan) while Jack's ex-wife doctor Carolyn (Kudrow) has high ambitions for his child and is displeased with Emilia. Screenplay was good with lines like "Time heals." and "Sometimes good things happen." Conclusion was disappointing because of its fairy tale like ending for a home-wrecker. Natalie Portman was electrifying as you can see the baggage and pain of her situation while Kudrow surprisingly plays it straight and neurotic. Tahan was good while Cohen fair. The Other Woman is a decent watch about secrets, fidelity, family and trust.

the movie is usual story, not too good not to bad also.

Sids - And The Other Child!

Emilia (Natalie Portman) is a young and beautiful Harvard lawyer who falls in love with Jack (Scott Cohen) who is already married to a prominent and snobbish Dr. Carolyne (Lisa Kudrow) and their only son William (Charlie Tahan) is his pride and joy. When Emilia gets pregnant, Jack divorces from Carolyn and marries her. The newlyweds promptly has a baby girl Isabel who lives only three days, leaving Emilia in a prolonged state of grieving and denial that is only made worse by William's resentment towards her which is fed in part by his bitter and jealous momâs animosity towards his step-mom. Emilia's friends Mindy and Simon (Lauren Ambrose and Anthony Rapp) try to make Emilia's life easier but the friction between Emilia and William as well as the constant interference by Carolyne …

Movies I Want To See by Savannah

Movies I Want To See by Jazz70

No posts have been made on this movie yet. Be the first to start talking about Other Woman, The ( Love and Other Impossible Pursuits )!