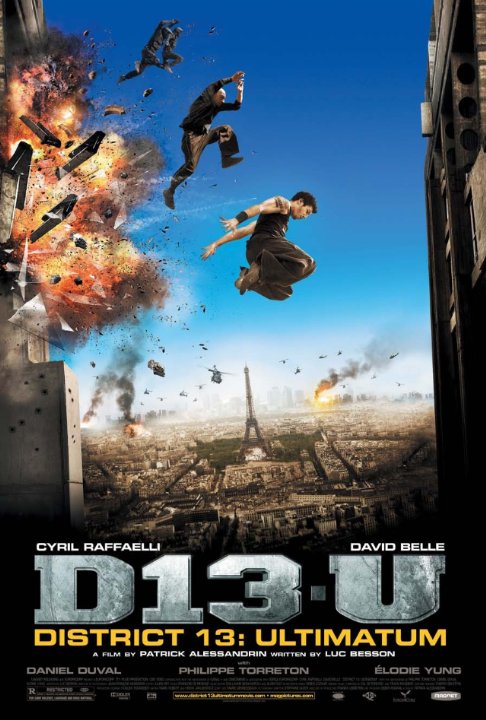 Plot: Capt. Damien Tomaso and Leito are on a quest to clean up crime and corruption in the city. With the territory divided into five distinct neighborhoods created along ethnic lines, they have their work cut out for them. But they've also got a secret weapon: a will to defy the odds.

Tops the first film with ease. Bigger and better stunts. I had a blast.

Supercop Damien reunites with his old friend Leito to prevent a plot by a sinister government agency to level Banlieue 13 and profit from the rebuilding process. The original film was a braindead but fun XY pleaser with plenty of inventive action making it an entertaining ride. This rehash is basically the same plot with a slightly different conspiratorial spin and gang banger stereotypes thrown into the mix. It's a bit like Jackie Chan does The Fast And The Furious as a result and the fact that our first glimpse of Cyril Raffaelli is in drag shows that the grittiness bar has been suitably lowered. It's fast footed and brief enough to never bore but like the Taxi films before them, a case of lazy script writing being papered over by ever more ludicrous set pieces. Not a bad little …

My DVD's: Action/Adventure by Snoogans

No posts have been made on this movie yet. Be the first to start talking about District 13: Ultimatum ( Banlieue 13 - Ultimatum )!