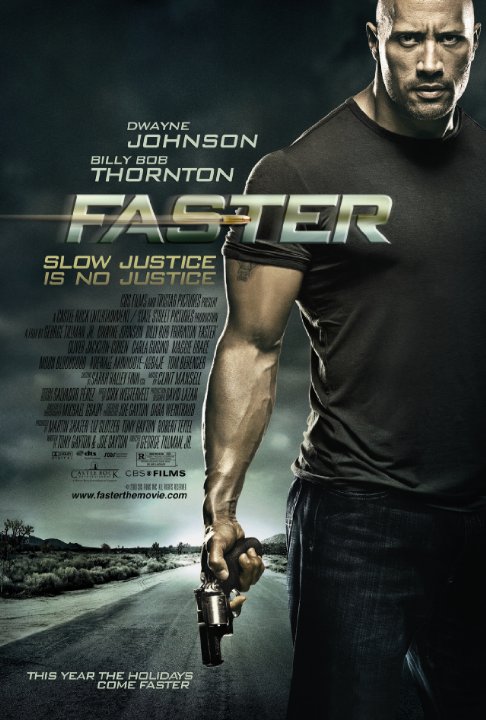 Plot: After serving time in prison, a man seeks revenge for his brother's death after they were double-crossed. A hard man only turned harder by life in prison, his mission is put in jeopardy by veteran cop and a hit man. -- Chris Kavan

For a movie called 'Faster', it's pretty slow. Doesn't deliver much on action or thrills. Standard film, with a very simple plot thats capped off by a twist ending. Mediocre.

I predicted how this was going to end about 10 minutes into the movie, but that didn't prevent me from enjoying the ride. I learned one thing: don't make The Rock angry - between this and Fast Five, the man is scary. Scary and huge - and, in this case, filled with revenge. It's action all the way, but decent action at that.

Purely a simple movie of revenge, lots of action, and killing. Slight twist at end, but predictable. It was an engaging movie, worth seeing, but nothing to write home about.

Movies I Want To See by Shahzad

No posts have been made on this movie yet. Be the first to start talking about Faster!