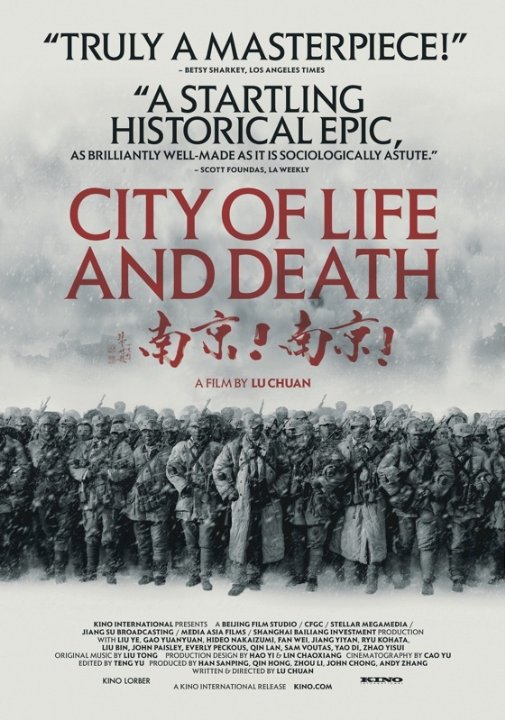 Plot: Chuan Lu's look in the 1937 invasion of Nanking by Japanese forces and the atrocities that followed. -- Chris Kavan

"City Of Life And Death" by Yojimbo

A refugee camp comes under siege from the Japanese army during the fall of Nanjing during the Second World War. Beautifully shot in black and white and telling the harrowing story of the mass murder and horrific mistreatment of the population of the Chinese capital, City Of Life And Death can be seen as China's equivalent to Schindler's List but I'd have to say that Spielberg's classic at least had a tale of heroism at its centre. The horrifying events depicted here have more in common with the likes of Downfall; the environment of Nanjing is so hellish, the closest we come to a "good guy" is a Nazi! Based on true events, I'm not sure how much of it is completely accurate as even this hardened cynic found it hard to believe that only a single Japanese soldier acted with conscience or …

No posts have been made on this movie yet. Be the first to start talking about City of Life and Death ( Nanjing! Nanjing! )!