The Other Guys Movie Information 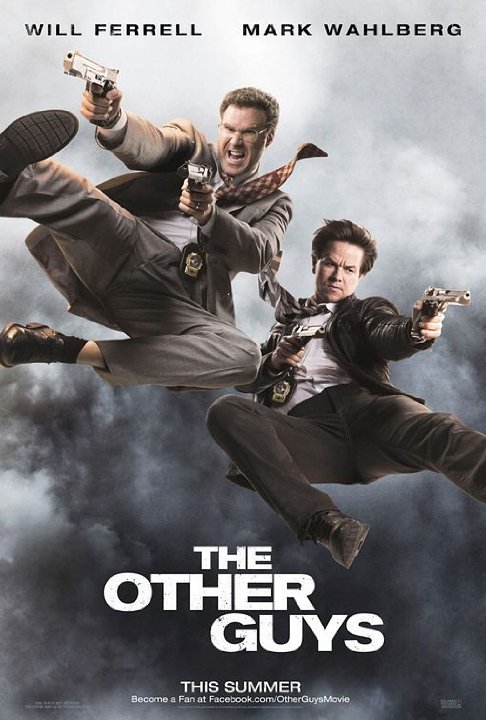 Plot: Two unlikely background cops find themselves in the middle of New York's biggest crime - but can they be the hero cops they so idolize, or will they let chance slip by yet again. -- Chris Kavan

Two unlikely background cops find themselves in the middle of New York's biggest crime - but can they be the hero cops they so idolize, or will they let chance slip by yet again. this movie was funny and enjoyable to watch.

I assumed that I would find this movie better than most because my gut tells me it isn't as great as I think it is. But... it is. I found this movie hilarious. It is much crazier and funny than most buddy-cop films where Wahlberg actually got me to laugh with his "I'm a Peacock Captain, you have to let me fly" and the reasons for him knowing art, dance, and the like. He is almost doing a parody of himself the whole movie. Ferrell on the other hand was very good at sharing the spotlight and I found him to be hysterical.

THE OTHER GUYS is one of those comedy spoofs poking fun at the buddy cop genre and although it isn't a perfect comedy, it does have several laugh out loud moments.

Will Ferrell and Mark Wahlberg play Adam Gamble and Terry Hoitz, two desk jockey police officers who seek to get higher notoriety within their division. After the abrupt death of the two most respected cops (Samuel L. Jackson and Dwayne Johnson, better known as The Rock) within the station, they see this as their chance to finally get out of their slump.

The mismatched pair could not be more different. Adam makes the effort, likes the office work and (to his partners dismay) is surprisingly adept with women (you get a nice running gag of every hot woman wanting his body) whereas Terry is really unhappy with staying …

No posts have been made on this movie yet. Be the first to start talking about The Other Guys!