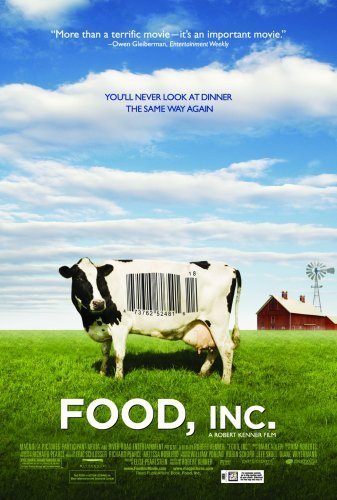 Plot: Explores the way a handful of corporations control a vast amount of food Americans eat - and the danger of putting profits ahead of anything else. -- Chris Kavan

In very clear and engrossing form, this documentary lays out a fascinating pitch against the current food industry. Not only does it explore some of the healthier eating options out there, but it also paints a unique picture of the big business behind the grocery industry. Really well made, really interesting.

I'm not saying I'm going to go full-on organic after watching this, but it does bring up some interesting and disturbing facts about the food we eat and just what impact it has on consumers, farmers and life itself. It's alarming that a handful of corporations control the majority of our food. One thing it certainly provides is food for thought.

Topics range from the value of corn, e. coli in beef, workers for meatpackers, Monsantoâs patentâs, Oprah case, multinational companies, Walmart targeting organic products, a death of a child from a burger and an entrepreneur with integrity. Facts are gathered meticulously with additional hidden/factual footages and touching interviews to back it up. Numerous messages from the documentary: âWhat I need them to do is listen and help me effect a change.â âPeople have got to start demanding good, wholesome food of us. And we'll deliver. I promise you.â âThese companies have legions of attorneys. And they may sue, even if they know they can't win, just to send a message.â âI think it's one of the most important battles for consumers to fight: the right to know what's in …

No posts have been made on this movie yet. Be the first to start talking about Food, Inc.!