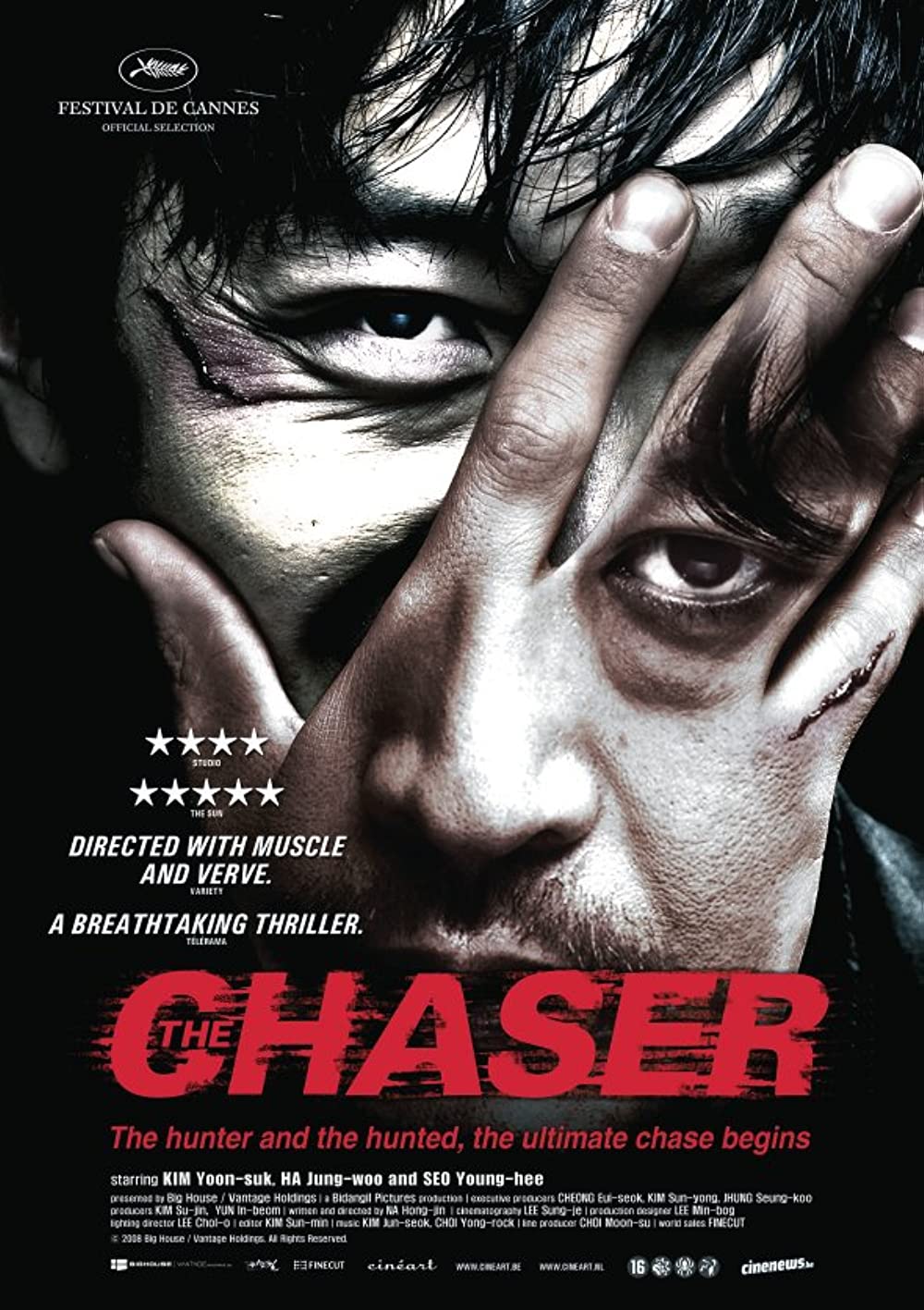 Plot: Joong-ho is a dirty detective-turned pimp in financial trouble as several of his girls have recently disappeared without clearing their debts. While trying to track them down, he finds a clue that the vanished girls were all called up by a same client whom one of his girls is meeting with right now.

Very dark Korean film with shades of Chan-wook Park Revenge trilogy. Everything is spelled out from the get go, but that doesn't mean the film lets up on the tension. The characters are just as dark and twisted as the story - which is kind of a downer, but riveting.

A DEFINITE must see or DEFINITELY worth buying

"The Chaser" by Yojimbo

An ex-cop fired for corruption now working as a pimp investigates when his girls start to go missing, leading him to a serial killer who is holding one of them hostage. The Chaser is not really what I was expecting. I was hoping for a kind of serial killer version of Heat, but rather than a charismatic criminal mastermind like a Hannibal Lecter, the villain here is just a nasty, sadistic little scumbag. He is also caught very early on in the film and spends much of it in custody as our "hero" tries to track down the missing girl before he is released for lack of evidence, which kind of dispenses with the mystery aspect of the story as well. For these reasons the film skirts a little too close to torture porn for my tastes and so it didn't appeal to me as much as it might have. On the …

My Fav S.Korea Flicks by Evan

No posts have been made on this movie yet. Be the first to start talking about Chaser, The ( Chugyeogja )!