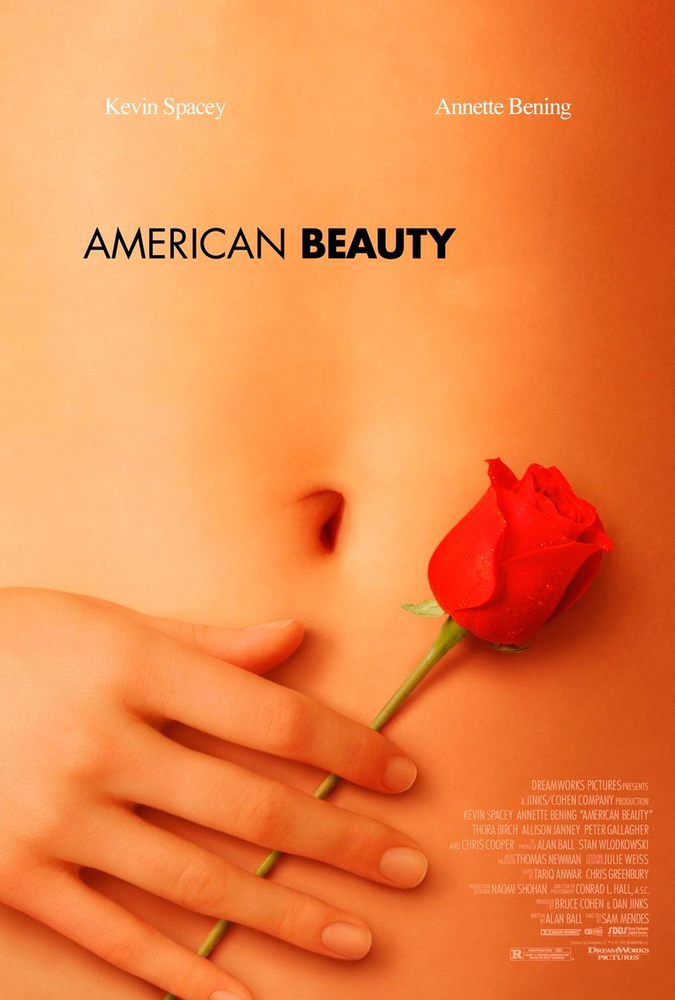 Plot: A suburban family, that centers around the aging, battles him while he goes after his daughters sexual friend while the rest of his family carries out a life he seems not to care about (especially his wife and job).

Devilishly good and shaded by the suburban attitudes of the nihilistic 90s, "American Beauty" finds the perfect blend of dark comedy and disfuctional family drama.

Such a good movie and am glad that this movie won five Oscars, I was thinking if this movie did not win a Oscar then the Oscars are seriously at of they mind.

This is a really great movie, and usually I don't even like Kevin Spacey all that much. So many twists.

It's never too late to get it back.

One of the few years the Oscars got it right (the film won 5 oscars including Best Picture) American Beauty still remains an american classic. There have since been many films that have depicted dark side of suburbia, but none of reached the towering heights witnessed here. Kevin Spacey (for which he won Best Actor) gives one of his greatest performances as Lester, a regular guy with nothing to lose. But really the entire cast is wonderful, especially Annette Bening, Thora Birch, Chris Cooper, Wes Bentley, and Mena Suvari. Featuring a pitch perfect script, which mixes acidic humor with pure emotion, sumptuous cinematography, and a haunting original score, American Beauty is an enduring masterpiece of modern cinema and probably Sam Mendes' best film. It's truly brilliant.

American Beauty. What is it really about? Love? Mid-life crisis? Mellow high?
No, it's simply a man's story, as diverse as it may seem.
American Beauty is one of the most beautiful movies I have seen in my life, and is coincidentally the movie that gave me the trait of analyzing movies or simply 'looking closer'. There is simply no other way to define this movie. It's just 'beautiful'.
To understand a movie is to understand a work of art, and that gets you respect. And it's been three years and I still can't understand what AB is completely about.
Kevin Spacey delivers a revitalizing-of-his-career performance, so do Annette Bening and Chris Cooper.
The well-structured script introduces us to Lester Burnham, a troubled husband and father and clichÃ©d everyman who hates their job, …

Lester Burnham is undergoing a serious midlife crisis; pining for his lost youth and obsessing over a teenage cheerleader, he's married to a joyless go-getter who encloses herself in an armour of sarcasm and self-help and has a daughter who he cannot communicate with and clearly hates his guts. Most of the laughs in this film are provided by Lester's social rebellion, but it's communication (or lack thereof) is what this wonderful film is all about. Full of people who feel suffocated by their own apparently meaningless lives, it's a story of ordinary people full of wants and needs but unable to express them because of the overwhelming feeling that they must do what is expected of them; they must at least APPEAR to be "normal". Lester's fantasies about the young girl are just projections …

No posts have been made on this movie yet. Be the first to start talking about American Beauty!