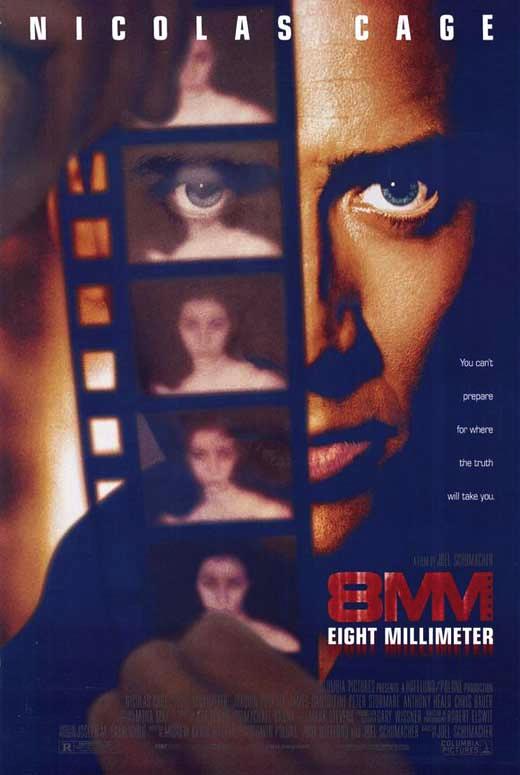 Plot: A surveillance specialist/private eye is hired by a wealthy widow to track down the origins of a snuff film she found in her husbands possession and find out if it is real or not.

The plot was interesting, but at the same time stupid. He finds out certain details in ways I found unrealistic. Also, the ending didn't seem to work in my logical mind. All of that aside, the movie is unnecessarily dark and disgusting.

Great movie, but extremely distrubing. I usually have to watch the Muppet Movie or Goonies to get my mind back on track!

No posts have been made on this movie yet. Be the first to start talking about 8MM!