It's entertaining with its gag-filled humor, but better, funnier comedies definitely exist.

I thought it was funny the first time I saw it, but it doesn't really stand up to repeat viewing. Some very funny lines though..."Mom could always take a punch!" 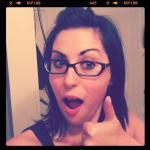 In comic, Woody Allen's film debut, he took the Japanese action film "International Secret Police: Key of Keys" and re-dubbed it, changing the plot to make it revolve around a secret egg salad recipe.
Laugh out loud funny!
I really enjoyed this movie. What I love about Woody Allen's films is that you never know what you are about to see. Even if you read a review or about the plot you still will be shocked at how funny or how succinct Allen's movies turn out to be. People have always said that either you like Woody Allen or you don't. I disagree, I think that he has made so many different films with a lot of different themes and stories. He does love to look at relationships but in a funny, real way.
I don't think that you should give on Woody Allen if you have only seen one …

Movies of 1966 by Stoney McStonerson

No posts have been made on this movie yet. Be the first to start talking about What's Up, Tiger Lily?!