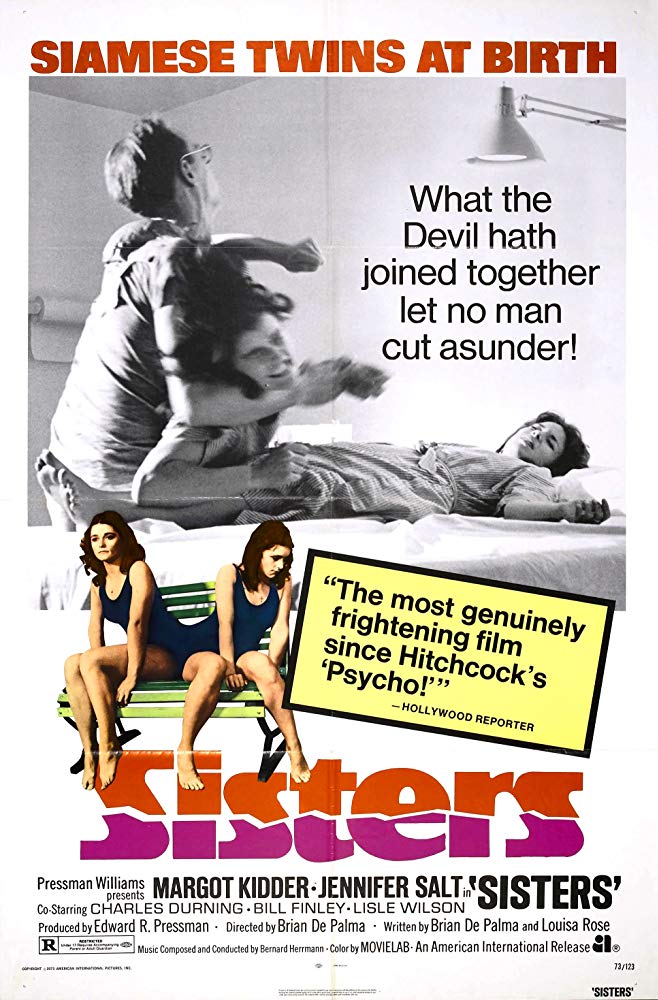 Plot: A very flamboyant woman, Margot Kidder, is sporadic and spontaneous. She and a guy spend the night together whom she met on a game show. They have sexual encounters and he spends the night. Throughout their time together, strange things start to happen, including a twin sister whom she doesn't mention until later. The twin appears to be the dominant one in the relationship with the two sisters. The guy she spent the night with finds that out the hard way.

This is a tale of two sisters like none I can recall. There's murder and mystery layered in a sinister and psychological manner. To tell anymore of the plot would give away the added shock value behind the twisted revelations. All you need to know is that this is a solid, if not weird, thriller. Watch if you enjoy the work of director Brian De Palma.

An entertaining movie about twin sisters that can't bear to be separated, to a fault.

Top 35 Films of 1973 by CarnivorousCouch

My DVD's: Criterion by Snoogans

No posts have been made on this movie yet. Be the first to start talking about Sisters!