Plot: A group of four astronauts are tasked with removing unstable planets to make way for future colonization, but as they near their goal aliens, computer malfunctions and a too smart bomb put their mission in jeopardy. -- Chris Kavan

No one can hear your laugh in space

A dirt cheap sci-fi film from the 70's. For being considered a comedy, there's almost no jokes here. In fact, there's not much of anything going on. This is a short subject movie that's been padded with many dull and uninteresting scenes to stretch it to feature length. You could say that it is technically competent considering it's microscopic budget, but it has no story to offer. Ironically, the writers and director would go on to make many genre classics (some of my all time favorites). I recommend skipping this one out of sheer boredom.

Cheap and rather slapdash debut by John Carpenter. It reeks of post modern humour in the vein of Douglas Adams and there are some very funny moments, but it's also dull and amateurish for extended periods. 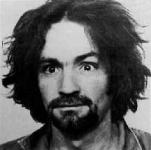