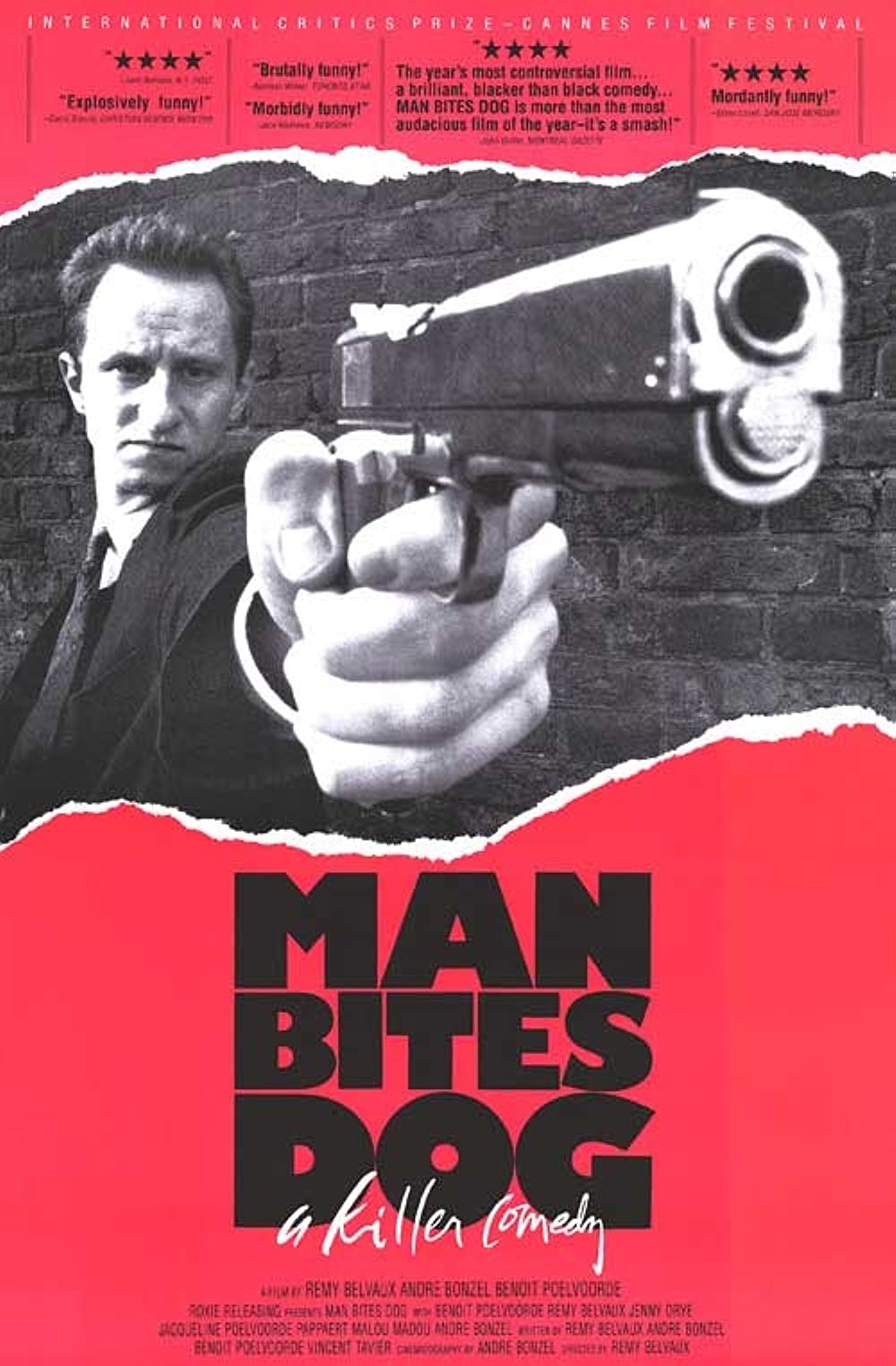 Plot: A camera crew follows a serial killer as he exercises his craft while expounding on life, love, art, society and the nuances of weighing down bodies, but can the crew retain their morality in the face of such circumstances?

Extremely grim mockumentary parodying the media's glorification of violence. Some of the on-screen gore is extremely tasteless (especially the rape scene) which led me to feel there's more than a little hypocrisy at play here; but it is knowing and has some stand-out moments, particularly the scene when they run into a rival film crew.

This faux documentary style film is one bleak satire. Very few will find the humor in it and those that do won't necessarily laugh-out-loud. The random violence becomes numbing, just as the message becomes more clear. It's not an easy watch, but one that carries a purpose with it's shock value.

Any film that makes me this uncomfortable has something special. With a wickedly keen eye, this black and white look at the life of an everyday serial killer through the lens of an indifferent camera crew is disturbing, yet gripping.

With the simple premise of a small documentary crew closely following the antics of a serial killer, âMan Bites Dogâ takes the category of mocumentary filmmaking to a whole new level. We follow Ben (Benoit Poelvoorde, who also produces and co-directs), a charismatic and yet highly dangerous psychopath, who is the subject of a documentary shot by RÃ©my (RÃ©my Belveux, who serves as a director and editor for the film) and AndrÃ© (AndrÃ© Bronzel, whoâs also the cameraman for the film). We are drawn into Benâs life, his family, his friends, his everyday habits, but just when we think he is a regular human being albeit with some very dark humour, his actions turn to ultra-violence and his rationalization of them makes it all the more disturbing and yet strangely satisfying at the same …

"We'll have plenty of opportunities." Definitely not for the squeamish, this has got to be one of the brutally violent low budget dark comedies created. Ben, together with Remy and Andre, create a film about murder, creating a film and other topics. On the criterion collection, the directors/producers reveal more about the film, which is a huge plus in enjoying the cult film more. Style of filming as realistic and the people played their respective parts well. Had a few wonderful lines such as "Despite their faults, those people sure know how to live!" "I like to try out new work methods" and "I believe in sharing, no problem." from Ben. a film about film-making with limited budget, it also portrays societies pitfalls, camaraderie, change and how violence plays a part in everyday …

Top Ten Films of 1993 by KingoftheCorn

No posts have been made on this movie yet. Be the first to start talking about Man Bites Dog!