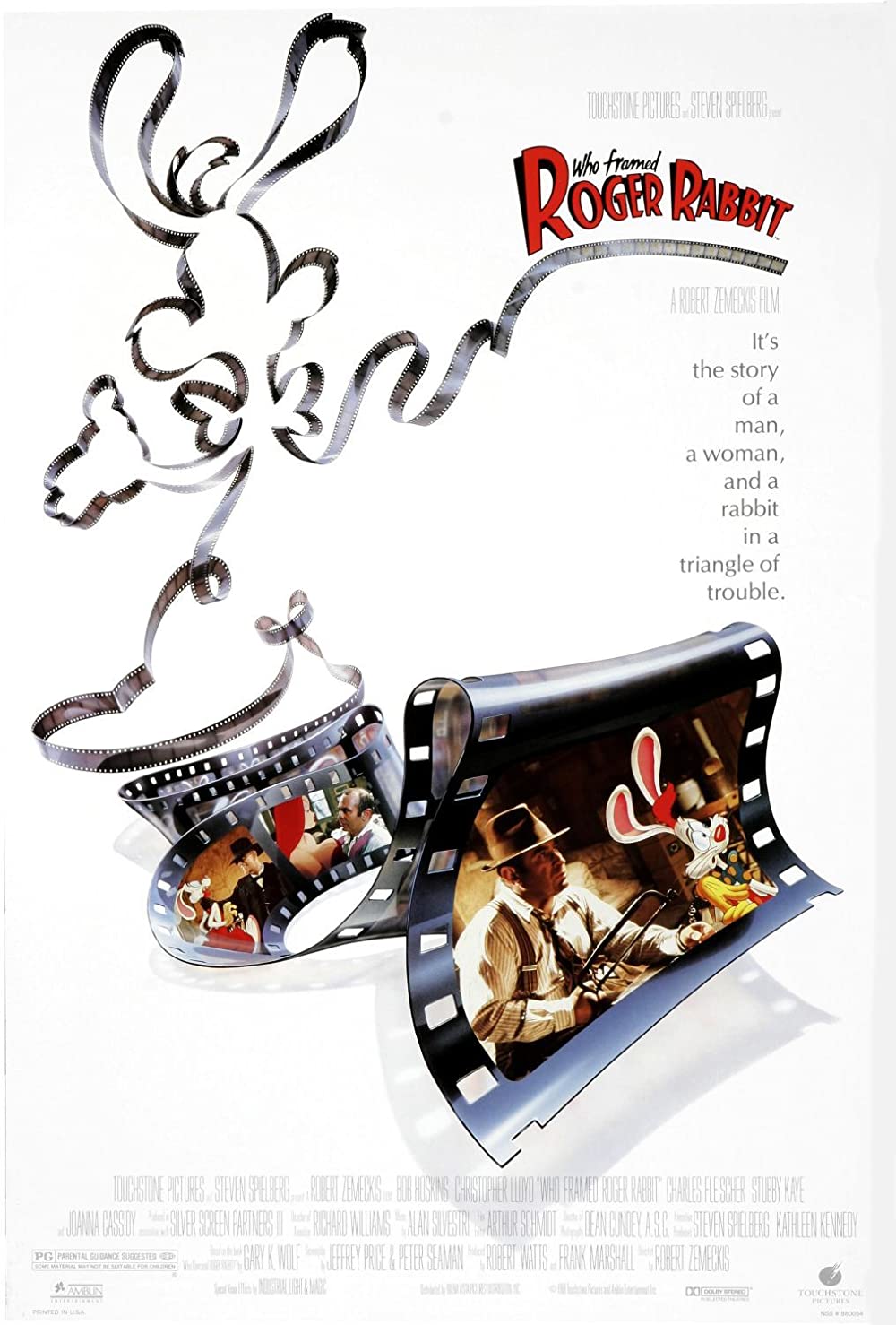 Plot: A washed-up, toon-hating private eye investigates the murder of Toontown owner Marvin Acme and finds scandal and corruption behind every door.

Combining live action and animation that still holds up, it's a riotlessly funny comedy full of classic cartoon cameos.

When this came out, everyone claimed that "you forget the characters are only cartoons!". Erm...no you don't. Reasonably enjoyable noir pastiche packed with the kind of loony tunes style humour you'd expect. More subtle and witty than The Mask, but I have to admit I still found Roger more irritating than funny. The visual effects are inventively done though and I'm pretty sure kids will get a kick out of it.

Ever wanted to see the "Looney Tunes" on the screen with "Betty Boop" (voiced by Mae Questel), then this is certainly the movie for you. However, due to some studios that loaned their characters to the movie, you won't see a few of the classic characters we love.

It's the late 1940's, and "Private Detective Eddie Valiant" (Bob Hoskins) has been hired by the head of "Maroon Studios," and creator of "Maroon Cartoons," "R.K. Maroon" (Alan Tilvern) to get photographic proof of an adulterous affair between "Marvin Acme" (Stubby Kaye), creator of some of the greatest gags in cartoon history and owner of "Toontown", and popular lounge singer "Jessica Rabbit" (voiced by Kathleen Turner), the wife of popular cartoon star "Roger Rabbit" (voiced by Charles Fleischer). "Valiant" gets his proof, …

No posts have been made on this movie yet. Be the first to start talking about Who Framed Roger Rabbit?!